My Concern With The Iran Nuclear Negotiations 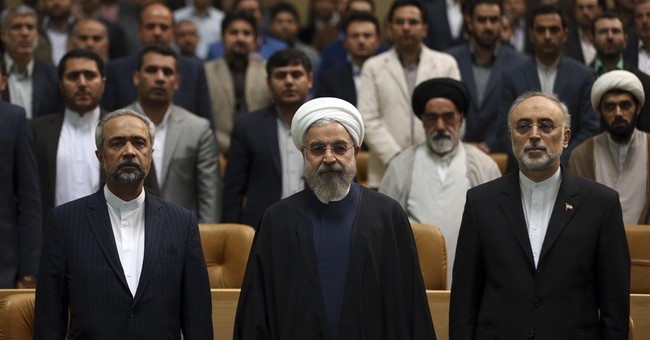 Amidst the various twists and turns of our nation’s negotiation with Iran on a nuclear deal, one thing is clear: the American people are skeptical. Americans know that a nuclear Iran is a threat to every nation.

Our concern is not just Iran in possession of a nuclear bomb; we all know that the leadership of Iran continues to threaten its neighbors and the World. Iran is the world’s largest state-sponsor of terrorism and there is little doubt that if they had nuclear weapons, they could transfer those weapons or nuclear material to their global terror proxies.

This week, the Senate Foreign Relations Committee unanimously approved bipartisan legislation requiring President Obama to send any nuclear deal with Iran to the American people for review. This is an essential step because Congress is now in the awkward position of responding to the Administration's plan from a position of weakness since the previous Congress gave away the Senate’s constitutional prerogative and control over Iranian sanctions.

In 2013, then-Majority Leader Harry Reid (D-Nevada) led the Senate to give the President unlimited waiver authority over Iranian sanctions. Only an act of law will undo that mistake. Since it is obvious that the President will veto any challenge to his decision, it will take 67 votes to regain Congressional authority and oversight. The good news is that a vast majority of the Senate is as skeptical as the American people they represent.

The Administration agreement is weaker than the United Nations demands on Iran. The UN refused to allow Iran to have operating centrifuges or weapons capability. The Administration agreement allows Iran to have over 5,000 centrifuges operating and well over 10,000 operable centrifuges in storage. The agreement does not limit Iran's weapons development or their international support for terrorism. But, it does allow Iranian oil companies to start selling oil on the world market… which is currently blocked for American oil companies, by the way. That is true irony.

Oklahomans have made it clear to me that they do not trust the leadership of Iran – a nation we know provides intelligence and lethal arms to Hezbollah and Hamas, is supporting rebel factions in Yemen, seeks the destruction of Israel, and whose leader just weeks ago joined a crowd in Iran chanting "Death to America."

We should diligently work diplomatically and retain strong sanctions to resolve this nuclear crisis until the final deal with Iran is enforceable, verifiable, and accountable. That is a reasonable demand for any nuclear ‘deal’ with Iran. Anything less would require we keep negotiating until we get it right. We all want our children to grow up in a safer world.