To Bring Our Supply Chains Home, We Must Continue to Make America the Most Attractive Place to Invest Capital

Senator-elect Bill Hagerty
|
Posted: Aug 27, 2020 9:31 AM
Share   Tweet
The opinions expressed by columnists are their own and do not necessarily represent the views of Townhall.com. 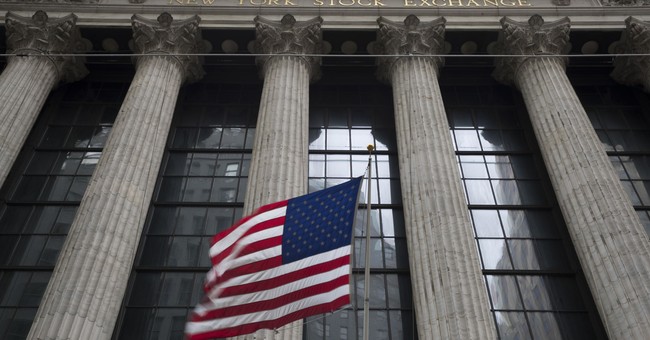 Whether it’s their militarization of islands in the South China Sea, their use of heavy subsidies to overwhelm and take over strategic industries or outright theft of intellectual property – China’s Communist regime has steadily advanced at the expense of the rest of the world. This global pandemic, which they unleashed, has underscored that we have become far too dependent on China for critical supplies – even our vital medical and pharmaceutical supplies.

We must hold China accountable and one of the first steps is to reduce and eliminate our dependency. China’s Communist leadership understands the political implications of the economic power they’ve unfairly attained. We need to regain fairness and reciprocity, and in doing so, we will hit them where it hurts as we make “Made in the USA” the theme of our nation again.

We must accelerate the movement of our critical supply chains home immediately. As a member of President Trump’s Great American Economic Revival Industry Groups – the White House Economic Recovery Task Force – I have been working with the Trump administration on this key issue.

This is a process that was already underway thanks to important steps taken back in 2017 to make America more competitive. We undertook a wave of regulatory reform and then the 2017 tax reform that took American corporate tax rates from a top marginal rate of 35 percent – the least competitive in the world – to 21 percent. We undertook capital expensing programs that incentivized capital investment – making America the most attractive and fastest growing market economy in the world. At the same time, President Trump stood up to China – using tariffs to demonstrate to China that we would no longer tolerate the lack of fairness and reciprocity that has been allowed by prior administrations. With a Phase One trade deal in place, we were beginning to see the type of change necessary to fundamentally reform our relationship with China. That was before the pandemic.  China’s coverup led to the global spread of the pandemic and so far the loss of hundreds of thousands of lives and millions of jobs around the world.

This carnage has underscored to all Americans that we have to come back stronger than ever. One of the critical steps toward that objective is to make America the best country in the world to invest capital. I’d like to look at making our corporate tax rates even more competitive. That will enhance the return on capital invested here in America and accelerate growth. It will attract companies to American soil and encourage American companies to stay right here in the United States.

Additionally, we need to build on President Trump’s success in eliminating redundant, burdensome, and costly regulations.

Cutting burdensome regulations will allow our businesses to grow and hire more employees. I’ve seen this firsthand as Commissioner of Tennessee’s Department of Economic and Community Development. As Tennessee was struggling to recover from the last recession, I was appointed to serve as our state’s economic chief and member of the governor’s cabinet. Upon taking office, Tennessee was among the nation’s worst performing economies with an unemployment rate above the national average. I worked to streamline our department – cutting 40 percent of our overhead - and restructured for a more effective and results-oriented approach. It worked and Tennessee has become one of the most competitive and thriving economies in the nation prior to the pandemic. I’ve seen first-hand and engaged in what it takes to help turn an economy around during a difficult time.

That’s why I am pleased with the Trump administration’s recent executive order reflecting the decision to do another round of regulatory relief so we can compress permitting timelines and get more shovel-ready jobs accelerated through the pipeline faster and further incentivize companies to invest in America at the time such investment will be most-needed.

By providing a solid foundation of lower taxes, fewer burdensome regulations, an exceptional workforce, and more shovel-ready projects, America will become the most attractive country in the world to invest capital. We all saw the error of the Obama-Biden stimulus back in 2008-2009 – despite enormous spending, we suffered the slowest recovery on record since the Great Depression. Why?  Because the Obama-Biden administration increased the regulatory burdens on American business at the same time. That’s right, their administration dropped more regulations onto the backs of American businesses as they expanded the role of government. That acts as a brake on the economy. A business-person instinctively understands this. President Trump is a business person and surrounds himself with others who appreciate this, and that’s why he and his economic team have been working to roll back onerous, redundant, and often-contradictory regulations to make America more business-friendly.

Bringing our supply chains back from China is not an easy feat, but with President Trump in the White House and more business-minded leaders in Washington, we can get this done. And doing so will help continue the Great American Comeback by creating more jobs, strengthening our economy and reinforcing our national security by being less dependent on the communist regime in China and making “Made in the USA” the theme of our nation once more.

Bill Hagerty, a life-long businessman, is the Republican nominee for Senate in Tennessee. Previously, he served as the U.S. Ambassador to Japan in President Donald Trump’s Administration and served in the Governor’s cabinet as head of Economic Development for Tennessee from January 2011 through January 2015.