Pro-life Voices, You Need to Speak Up in Favor of Immigrant Children

S. E. Cupp
|
Posted: Jun 20, 2018 12:01 AM
Share   Tweet
The opinions expressed by columnists are their own and do not necessarily represent the views of Townhall.com. 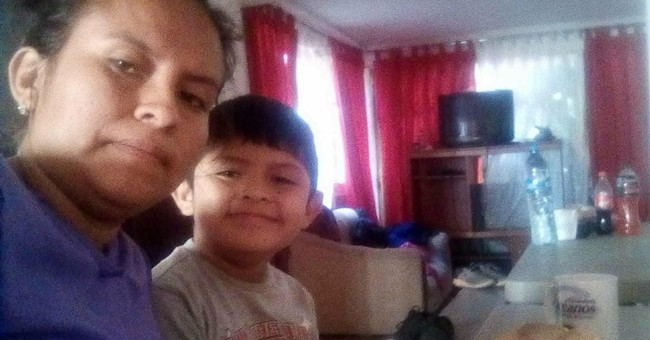 Over the weekend, like many of you, perhaps, I was talking to a friend about the crisis at the border, where thousands of children are being needlessly ripped away from their parents as a matter of policy. He said: "S.E., you're pro-life. Where are they on this?"

It occurred to me I didn't know. So I decided to ask. I reached out to a number of pro-life groups for their position on child separation.

Their answers were mixed.

Before I share them, I should note some pro-life voices have already been outspoken about this.

National Review's Kathryn Jean Lopez wrote that "we who call ourselves 'pro-life' simply must consider what 'pro-life' means in more complete and enduring ways than the midterm elections."

Lila Rose, founder and President of Live Action, also tweeted recently: "I agree that we need to secure our borders & our system needs reform. Let's do that. But children should never be used as tools for deterrence, or pawns in a political game. If parents aren't abusing, separation of families at the border is not necessary."

But of the other groups I reached out to, only was openly critical of the policy: Eric J. Scheidler, executive director of the Pro-Life Action League, emailed me the following response: "Our nation has serious immigration problems that need to be solved. But separating children from their parents at the border is no better a solution to real human problems than separating unborn children from their mothers through abortion is. The pro-life position is to do everything we can to keep families intact -- including immigrant families and families with unborn children."

The rest were either supportive or, for lack of better word, agnostic.

The Family Research Council directed me to a post by President Tony Perkins, which places blame solely on parents seeking asylum with their families:

"Obviously, the situation is a tragic one for thousands of children, who are the innocent victims of their moms' and dads' decision to break the law. It's impossible to feel anything but compassion for these kids, who must be dealing with a great deal of pain and confusion. But the origin of that pain and confusion isn't U.S. law or the Trump administration. That burden lies with their parents who knowingly put them in this position."

A spokesperson for the Susan B. Anthony List referred me to this statement by President Marjorie Dannenfelser: "From its inception Susan B. Anthony List has been completely dedicated to protecting the first right without which no other rights matter: the right to life. Our sole mission is to restore that profound right. Therefore, we refrain from public comment on immigration and many other topics, including other policies that impact families. It is not in our purview to speak on behalf of our members on other issues."

A spokesperson for March for Life echoed that sentiment: "March for Life was founded solely as a response to legalized abortion in the United States. Ending abortion -- through changing hearts and minds as well as legislation -- is our single focus. Our organization as a rule does not take a stance on policy issues outside of our purview."

Needless to say, the lack of vocal opposition to this is disappointing.

I'm proud to be pro-life, even if defending our position is an uphill battle in many liberal, coastal, secular circles. But this -- either supporting or opting out of the debate over child-parent separation -- doesn't make it any easier. Here pro-lifers have an opportunity to lead.