Is Donald Trump the Jimmy Carter of 2016? 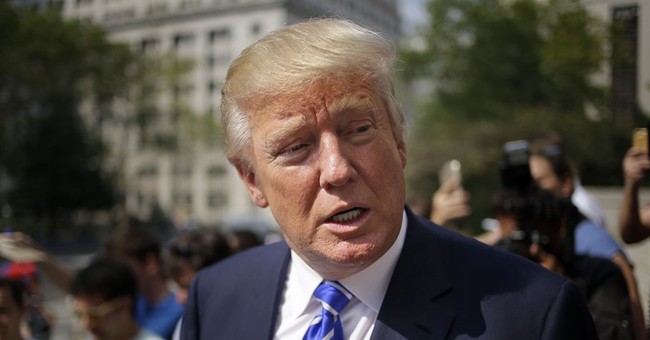 With Jimmy Carter's brave and touching announcement that he has cancer lesions on his brain, it's a good opportunity to reflect on his unexpected rise from small-town peanut farmer to president of the United States.

How, to put it bluntly, did a little-known, two-term state senator and one-term governor from Georgia defeat better-known members of his own party and then an incumbent president to win the White House, seemingly overnight?

If anyone's taking a page from Carter's playbook, it might just be Donald Trump.

Let's set the table: Eight years with the same party in the White House, two terms marked by considerable scandals, a flagging economy, the defeated drawdown of an ill-begotten war, "one of the worst periods in American-Israeli relations," as one world leader put it, and a growing dissatisfaction with Washington.

That sounds like today, but it was also 1976. During two Republican terms, one abruptly interrupted by the Watergate scandal, the country experienced the gloomy abandonment of the Vietnam War, the shaky instability of a bad economy -- which President Gerald Ford tried to fix by taxing corporations and the wealthy (sound familiar?) -- and Ford's significant misstep in "reassessing" aid to Israel, giving way to the quote above by Israel's Prime Minister Yithzak Rabin.

There was immense distrust and frustration, with the opportunity for Democrats to offer something new. But instead, they offered more of the same. Giving today's crowded GOP primary field a run for its money, 14 other Democrats vied for the nomination, including Arizona Rep. Morris Udall, Alabama Gov. George Wallace, Washington Sen. Henry Jackson, West Virginia Sen. Robert Byrd, Sargent Shriver, Texas Sen. Lloyd Bentsen and Indiana Sen. Birch Bayh.

Before the Iowa caucuses in January 1976, only 4 percent of Democrats said they'd support Jimmy Carter, and his name recognition was at 2 percent. After announcing his candidacy, the Atlanta Constitution -- his home state paper -- ran the headline, "Jimmy Who is Running For What!?"

A favorite oft-told story is of the game show episode when no one could guess the occupation of the "mystery guest," Gov. Carter.

And yet, early investments in a nascent Iowa caucus, running as an outsider and a Southern, conservative Democratic centrist, and capitalizing on voters' mistrust of Congress, made Carter an early frontrunner. He won the Iowa caucuses and the New Hampshire primary, and began picking off his Democratic opponents one by one.

He also made his fair share of mistakes, any one of which could have tanked his campaign.

There was the ill-advised Playboy magazine interview, which came out weeks before the election, in which the married Baptist admitted to having "looked on a lot of women with lust."

And, two days before the election, an African-American minister was denied entry to Carter's church, which he accused Ford of orchestrating as a publicity stunt.

One of the bests boosts his candidacy got, though -- and this is an important warning to Trump's GOP rivals -- was when liberal Democrats formed the ABC movement -- "Anybody But Carter" -- in response to his beating establishment-friendly candidates Scoop Jackson in Pennsylvania and Udall in Wisconsin. With Idaho Sen. Frank Church and California Gov. Jerry Brown leading the charge, ABC defeated Carter in a couple late primaries, but his road to the nomination had already been cemented.

Carter, like Trump, used the media to his advantage, garnering a tremendous amount of coverage. Carter biographer Laurence Shoup writes that it was the media's "favorable coverage of Carter and his campaign that gave him an edge, propelling him rocket-like to the top of the opinion polls ... enabling him to rise from an obscure public figure to president-elect in the short space of 9 months."

While Trump's coverage by the media could hardly be called "favorable," he certainly is getting a ton of it, arguably to his advantage in the polls.

Of course, where Trump and Carter differ is in recognition and resources. Trump is already a national figure, and has said he may spend a billion dollars to win, unlike Carter who, according to the New Yorker's Jeffrey Frank, had to sleep in his supporters' homes during the campaign.

Carter was also far more polished and politically experienced than Trump. He was an outsider who still sounded reasonable, compassionate and prepared for the job. Trump sounds, well, like Trump.

Nonetheless, those who are hoping for the brash mogul's collapse should remember Carter's unlikely domination. Whether it's a peanut farmer or a billionaire, stranger things have happened.