Will the Real Democratic Challengers Please Stand Up? 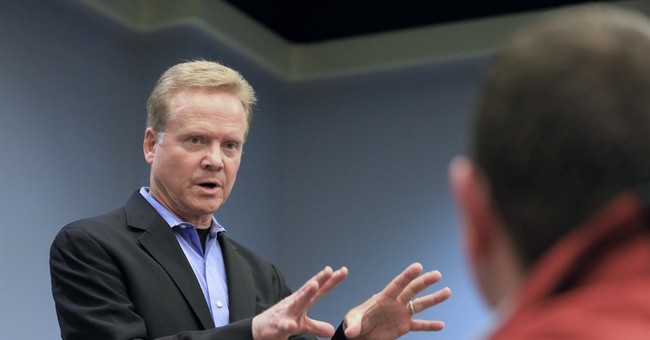 As Hillary Clinton's poll numbers fall -- most strikingly among Democrats -- one has to wonder where the serious Democratic challengers are.

Because the truth is, anyone telling you that Lincoln Chafee, Bernie Sanders or Martin O'Malley is real "competition" for Hillary is trying to sell you something. And that something is the idea that Clinton's campaign is not a fait accompli.

To buy this, you must ignore the recent news that a Democratic National Committee finance chairman violated his own party rules requiring neutrality in presidential primaries to fundraise for Hillary.

Also ignore that at the DNC's winter meetings in February, committee members were full-steam ahead for Hillary and united in dismissing her negative press as meaningless.

You must also pretend you didn't hear Pennsylvania Democratic Party chairman, Jim Burn, say that Clinton "does not need a primary."

And even though Hillary isn't officially the nominee and the election is 13 months away and three other Democrats have declared and this totally isn't a coronation, just never mind that her campaign is already narrowing in on her veep pick.

Nevertheless, Hillaryland insists her challengers, trailing her in recent polls by more than 40 points, are giving her a run for her considerably outsized money.

Clinton's inner circle, which is notoriously cagey about talking to the press unless explicitly authorized, somehow managed to get a sound bite out to Politico, which quoted "insiders familiar with the thinking of the Clinton campaign" as saying it was "frightened" of a Bernie Sanders run, for example. Sure, it is.

One of the silliest arguments, though, comes from folks who insist people like Sanders and O'Malley are good for Clinton because they'll force her to talk more like a progressive.

"Having Bernie Sanders in the race," Progressive Change Campaign Committee co-founder Adam Green says, "calling for populism, will help open the political space for people like Hillary Clinton and others to take bold stands."

The problem is, Hillary Inc. has so subsumed the 2016 race that the Democratic party's very few all-stars are staying out, and the only Democrats who want to challenge Clinton are their lesser versions. (In some cases, their far lesser versions).

Andrew Cuomo, the governor of New York and once a possible presidential contender, is now mired in corruption scandals and battling all-time low approval ratings.

So instead of Cuomo, Democratic voters get the much lesser-known Martin O'Malley, the former Maryland governor whose approval in his state also hit an all-time low at the end of his term. O'Malley draws the support of just 3 percent of Maryland Democrats for president.

Elizabeth Warren, the fiery anti-Wall Street bank-buster who, at least according to one pro-Warren poll, could beat Hillary in Iowa and New Hampshire, is sitting this one out. So instead, Democrats get her oddball cousin, Bernie Sanders, who thinks you have too many deodorants to choose from and prefers Scandinavian socialism to American democracy.

Then there's Michael Bloomberg, former mayor of New York who was once a Republican, then became an Independent and is now being pushed by New York Democrats to run for president as a Democrat.

But so far, Democratic voters only have former Rhode Island Gov. Lincoln Chafee, also a former Republican and Independent, to swoon over. While Bloomberg can boast he tried to ban big sodas, Chafee can claim he wants to ban the U.S. customary units of weights and measures and switch to the metric system.

Others -- former Massachusetts Gov. Deval Patrick, former Virginia Sen. Jim Webb -- could pose a serious threat to Hillary. But will they risk upsetting the coronation?

If Democrats are serious about wanting a primary -- either to nominate someone other than Hillary or to make her stronger -- they should tell the DNC to break its Clinton tunnel vision and allow viable contenders to jump in.

Until then, let's stop pretending Hillary is "battling three other declared Democratic candidates," as Politico put it. There's no battle, only a victor.