Is This the Change You Voted For? 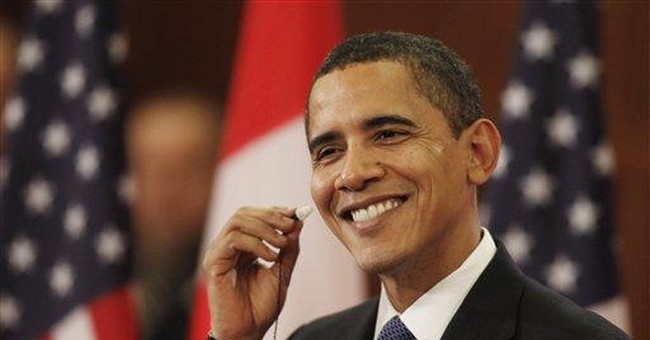 How will spending three quarters of a trillion dollars fix the economy? No one had read the stimulus bill before it passed Congress, including the one who said it was absolutely necessary. “I feel such a sense of urgency about the recovery plan before Congress,” Obama wrote in the Washington Post on February 5th. It must be just the mere magic of saying we are going to spend that amount that fixes the economy. I am not being facetious. No one had read the bill when the House and Senate voted on and passed it, yet we were told over and over that if Obama wasn’t given nearly a trillion dollars to spend immediately, the country as we know it would be finished. “Our nation will sink deeper into a crisis that, at some point, we may not be able to reverse,” Obama wrote. It sounded more like an extortion racket, especially since Obama actually does have the power to tank the economy just by saying what he had been saying about how it was the worst economy in our lifetime.

Obama has nearly a trillion dollars to pass out now to “fix” the economy and no one is bothering to ask the question “what qualifies Obama to fix the economy, and if merely spending money fixes it, then the economy shouldn’t be broken should it?” What experience does Obama have at fixing anything? He has never run a state, city, company or even a hotdog stand. The sidewalk vendors on the mall outside the White House have more business experience than Obama. Not that anyone would know that since the liberal media utterly ignored this lack of experience during the campaign and still failed to mention it while he was holding the economy hostage to get his $787 billion.
CARTOONS | Steve Breen
View Cartoon

In addressing a question about whether his stimulus bill increasing the deficit by nearly a trillion dollars would actually help the economy or not, Obama responded with a political attack on Bush referring to the deficit he inherited from the previous administration without explaining why adding a trillion dollars to it was going to help anything. Shameful, considering Obama faithfully voted to increase that deficit while he was in the Senate. So much for the politics of “change.” What this tells us is how Obama plans to use the economy he talked down before his stimulus package passed: if the situation improves he will take credit for fixing it and cite government intervention as the solution; if it worsens, he has already laid the groundwork to blame Bush, capitalism and free market economics.

Revealing their true intentions, Obama’s White House Chief of Staff, Rahm Emanuel, freely explained to the Wall Street Journal how the administration intends to exploit the recession. "You never want a serious crisis to go to waste. And this crisis provides the opportunity for us to do things that you could not do before." That sounds like an amateur’s conflation of Machiavelli and Hegel: semantically creating the crisis for drastic consolidation of power in their hands. Now they have all the legitimacy a trillion dollars will buy.

If it was really necessary to bum-rush the largest spending bill in history through Congress, why wasn’t Obama standing by to sign it as soon as it passed instead of jetting off to his three day weekend in Chicago to be seen in all the trendy spots? Is it because saving the nation from economic disaster interfered with his social schedule? It’s because to Obama it is just all political theater, the words mean nothing -- it’s all part of the show. That is how he is able to tell you one day how America is going to be over soon if he doesn’t get nearly a trillion dollars to hand out and then go out on an excursion the next, using our Air Force and Marine Corps equipment as his personal amusement park rides.

Mocking the very idea that tax cuts stimulate the economy and productive Americans should get some say over how their hard earned money is spent, Obama wrote, “I reject these theories, and so did the American people when they went to the polls in November and voted resoundingly for change.” But Obama doesn’t represent change; he represents the very essence of the problems that our economy suffers from now, an alarming expansion of bureaucratic, freedom-smothering government. The long march from lean liberty to fat slavery is now at a full gallop. This isn’t the change that productive Americans voted for.