The Fundamental Reason President Trump Will Not Be Impeached

Scott Rasmussen
|
Posted: May 24, 2018 12:01 AM
Share   Tweet
The opinions expressed by columnists are their own and do not necessarily represent the views of Townhall.com. 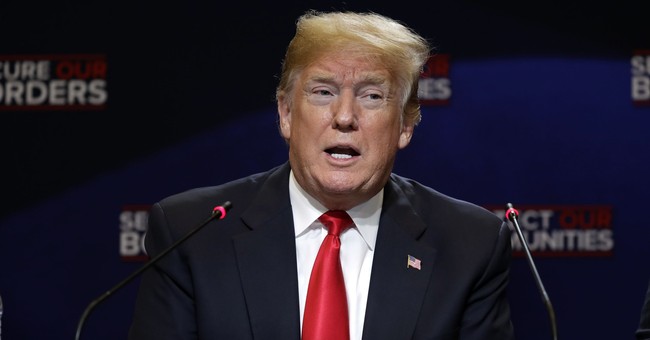 President Trump is in no danger of being impeached and removed from office. I say this with confidence despite having no knowledge of what Special Counsel Mueller and his team may find.

That's because impeachment is a political process rather than a legal process. As a result, things that happen outside the world of government matter far more than the things official Washington obsesses about.

Politically, the most important outside factor governing any president's fate is the U.S. economy. This truth is confirmed by the two modern efforts to impeach a president. In 1974, President Nixon was forced to resign from office. In 1998, however, President Clinton not only stayed in office but grew more popular over time.

In the months leading up to Nixon's landslide re-election in 1972, consumer confidence reached its highest level in years. According to the University of Michigan Index of Consumer Sentiment, confidence reached 95.2 in the third quarter of that year. Less than two years later, confidence collapsed all the way to 64.4 and Nixon was forced from office.

Shortly after Nixon's victory, the Dow Jones Industrial Average reached an all-time high. But, in the two years that followed, a brutal recession shook the nation's confidence and stock prices fell nearly 40 percent. The numbers don't begin to capture the bleak mood as the country was forced to ration gasoline for the first time since World War II.

In Bill Clinton's case, exactly the opposite occurred. When he was re-elected in 1996, consumer confidence was at roughly the same level as when Nixon won his second term. Rather than crashing, though, consumer sentiment improved by nine points in the following two years. Stock prices increased by 28 percent in 1997 and 16 percent in 1998. Once again, the numbers don't tell the full story. The national optimism during Clinton's tenure was boosted by an emerging tech industry that promised amazing breakthroughs.

In other words, it was the economy that put the final nails in Nixon's presidential coffin. But, it sustained Bill Clinton through tough times. If the economy performed for Nixon as it did for Clinton, he would not have been forced from office. If Clinton had suffered through Nixon's economy, many Democrats would have urged him to step aside.

None of this suggests that everyday Americans don't care about corruption in politics or the toxic nature of our dysfunctional political system. They would love honest politicians who put others first. But in the real world, voters rarely have a choice between the devil and an angel. On the day he was elected president, 64 percent of voters believed Donald Trump was NOT honest and trustworthy. However, 61 percent said the same of Hillary Clinton.

Rather than holding out for a saintly politician, pragmatic voters go with the lesser of two evils. As a result, today's economy is protecting Trump as it did Clinton a generation ago. Since the months leading up to Trump's victory, consumer sentiment has gone up about the same amount as it did under Clinton. Several polls have shown that Americans feel better about the way things are going than they have in a long time. Stock prices are up 25 percent as well.

Trump will not be forced from office in such an environment.