The Gun Control Debate is Not About Guns

Scott Rasmussen
|
Posted: Oct 12, 2017 12:01 AM
Share   Tweet
The opinions expressed by columnists are their own and do not necessarily represent the views of Townhall.com. 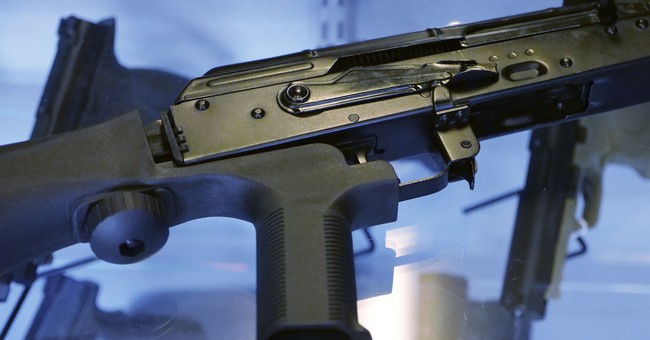 Every time a horrific event like the Las Vegas massacre takes place, it is followed by a frustrating and futile debate about the merits of gun control. People on both sides of the debate trot out talking points and talk right past each other without listening.

Much of the frustration comes from the fact that everybody would like to do something to prevent such disasters from every happening again. But, the overwhelming desire to do something is matched by the pragmatic reality that no new law, policy initiative, or government program could have prevented the gruesome events of Las Vegas. As a result, the discussion moves on to other forms of gun violence with the same sense of frustration.

The ongoing frustration stems from the fact that the debate is not really about guns. It's about who you trust.

Those who would like to see guns strongly regulated or banned may think they are just seeking to lessen the potential harm or violence in society. But, they are also suggesting that only government officials or those authorized by the government can have a gun. For people to be comfortable with giving government a monopoly on deadly weapons requires a great deal of trust in government.

But, in 21 century America, that's pretty hard to find. In fact, it's been more than 45 years since a majority of Americans trusted the federal government to do the right thing most of the time. And the distrust is growing decade-by-decade. Today only 20 percent trust the federal government most of the time. Only 4 percent "just about always" trust the feds.

It's worth noting that the 45 years of growing distrust in the federal government has coincided with the growth of the Regulatory State. As distant and unaccountable bureaucrats have assumed more power, the disconnect between the government and the governed has grown. While the Regulatory State is designed to limit the influence of voters in government policy, most Americans believe voters should have an even greater voice.

For those who distrust the government, therefore, the notion of letting only the government have guns is absurd. From their perspective, the government already has too much power. Why would we give them more? That perspective explains why 48 percent of Americans believe the right to own a gun is essential for freedom. According to the Pew Center, another 33 percent believe such rights are important for freedom, not essential. Only 19 percent say that the right to own a gun is not important.

Ultimately, therefore, the gun debate is about trust. Those who defend the Second Amendment trust everyday Americans far more than they trust the government and government officials. The reverse is true for those who want to ban or strictly regulate guns.