Scott Rasmussen
|
Posted: Jun 15, 2017 12:01 AM
Share   Tweet
The opinions expressed by columnists are their own and do not necessarily represent the views of Townhall.com. 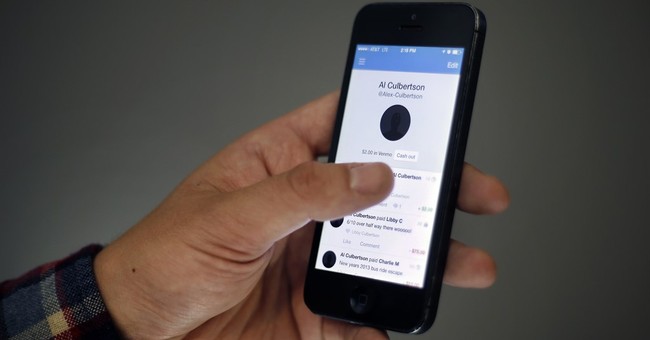 Back in the 1960s, banks were not allowed to operate in more than one state. In fact, many states didn't even allow branch banking, so there were lots of small local banks around the nation. Since then, of course, the rules have changed and the industry is dominated by a handful of very large national banks.

Despite public uneasiness about the mega-banks and the risk they pose to the economy, government regulators have encouraged the trend. Rather than breaking up the big banks after the financial meltdown in 2008, the new federal rules encouraged the biggest banks to grow even bigger. At the same time, the smaller banks that are essential to meeting community needs have been disappearing. Between 2007 and 2014, the number of small banks declined by 41 percent.

From a traditional political perspective, there is little that can be done to reverse these trends. Fortunately for America, however, the regulators aren't as important as they think they are. As I note in "Politics Has Failed: America Will Not," we live in a land where the culture leads and politics lag behind.

Leading the cultural change is a technology company, Venmo, a tool using your smartphone to transfer money among friends. Most older Americans have never heard of it, but the peer-to-peer payment service has quickly become a normal part of the millennial culture as a way to split a dinner check or make other casual payments. While the individual transactions are small, Venmo processed $17.6 billion worth of payments last year.

The potential impact of all this is highlighted by the fact that Time magazine named Venmo one of the best apps for 2016. Fortune magazine named it one of its breakthrough brands for 2017.

One study found that pizza is the item most frequently identified with Venmo purchases, a natural meal for millennials to share. Alcohol related items such as beer and wine account for 4 of the 10 most frequent purchases. But, larger items such as rent, utilities, and car expenses have become popular as well. During March Madness, more than 10 percent of all Venmo payments may have been related to betting pools.

Venmo's success has shaken up the financial world and pushed traditional banks to innovate and improve their product. Thirty major U.S. banks have banded together to challenge the digital upstart by offering their own service, Zelle. Due to existing banking relationships, 86 million Americans will instantly have access to the new service.

It's great that the banks are finally offering this service. But it's important to recognize that it would never have happened without Venmo. No regulators or legislators would have pushed the banks to serve consumers in this manner. And, without the competition from Venmo, there would have been no incentive for the big banks to offer this service on their own.

It will be interesting to see how this competition plays out as banks appeal to an older audience while Venmo has already captured the attention of millennials. But the most important part of the story is the recognition that the future of the banking industry will be determined by innovators and consumers rather than regulators and politicians.