Scott Rasmussen
|
Posted: Mar 30, 2017 12:01 AM
Share   Tweet
The opinions expressed by columnists are their own and do not necessarily represent the views of Townhall.com. 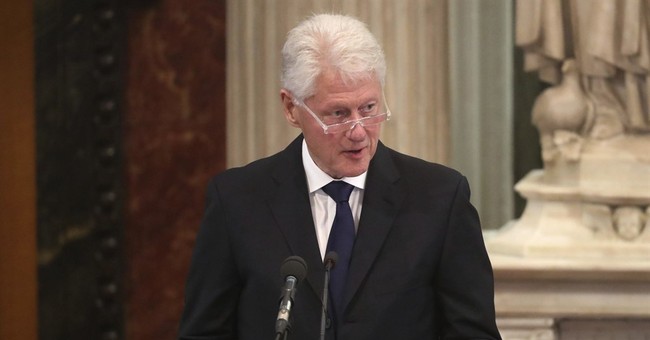 Trending
Last week, I suggested that the 206 Pivot Counties that voted twice for Barack Obama and then voted for Donald Trump are a good place to study the changing political landscape. Data developed by Ballotpedia, the Encyclopedia of American Politics, shows that these counties consistently voted more Democratic than the nation at large from 1996 to 2012.

On average, during those five elections, the Pivot County vote was four percentage points more Democratic than the nation at large.

They weren't always Democratic counties, however. The results in recent elections represent a significant shift from earlier results. In fact, during the six elections from 1968 to 1992, the Pivot Counties came close to perfectly mirroring the national vote. On average during that stretch, the Pivot County vote was just half a percentage point off the national totals. Three times it leaned a bit in the Democratic direction and three times towards the GOP.

The transition between the era when Pivot Counties mirrored the national mood and then became more supportive of Democrats took place with the election and re-election of President Clinton. Those years also included the most significant third party candidacy of the past century. In 1992, Ross Perot received more than 20 million votes nationally, roughly 20 percent of the total. In 1996, his support fell, but he still picked up 10 percent of the vote.

In both of those years, support for Perot in the Pivot Counties was higher than in the nation at large. It is obviously possible that there is a strong connection between support for Perot and President Trump. In both cases, the candidate represented a rejection of politics as usual and the political class.

But, it's what happened in the Pivot Counties when Perot's vote faded that is especially interesting. The former Perot voters became Clinton Democrats. Virtually all the decline in support for Perot in 1996 went to President Clinton. In 1992, the GOP candidate (George H. W. Bush) won 36 percent of the Pivot County vote while the 1996 candidate (Bob Dole) won just 37 percent. However, Clinton's support in those counties jumped from 41 percent in 1992 to 51 percent in 1996.

What this suggests is that President Bill Clinton won over the Pivot Counties for the Democratic Party. He built a base of Clinton Democrats by stressing a more centrist approach than the Democratic candidates of the 1980s. Even when George W. Bush was elected twice, most voters in these counties stayed with the Democratic nominee.

But that preference for Democrats came to a dramatic end in 2016. President Trump won the Pivot Counties by an eight-point margin, 51 percent to 43 percent. Ironically, the counties that Bill Clinton won over for the Democrats rejected the party that nominated Hillary Clinton for president.