Scott Rank
|
Posted: Oct 22, 2018 12:01 AM
Share   Tweet
The opinions expressed by columnists are their own and do not necessarily represent the views of Townhall.com. 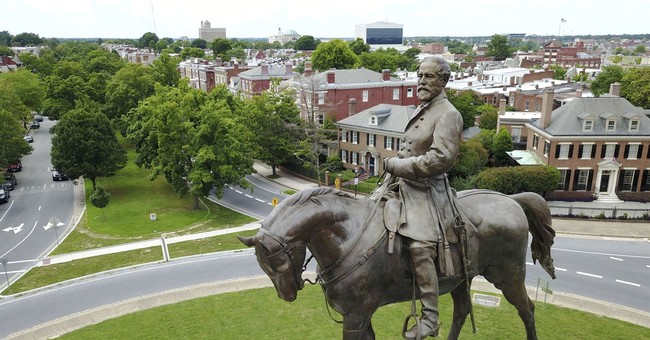 Note: This podcast episode is part 10 of a series that historians Scott Rank and James Early are doing called “A History of the Civil War in 10 Battles.”

The Battle of Chancellorsville is considered Robert E. Lee’s masterpiece.  His reputation as a military genius was sealed by fighting an incredibly successful offensive battle despite being outnumbered 2-to-1 and launching attacks on multiple fronts.

After another humiliating Union defeat at Fredericksburg, On January 26, Lincoln replaced Gen. Ambrose Burnside with Joseph “Fighting Joe” Hooker as the new commander of the Army of the Potomac, with 120,000 troops. Hooker’s plan was to send his cavalry on a raid behind Lee to cut off Lee’s communication with Richmond. He would leave 40,000 troops in front of Lee near Fredericksburg, and Hooker himself would march up the Rappahannock River and try to go around Lee’s left.  If he didn’t defeat Lee at that time, he would at least force Lee to retreat. But Lee managed to achieve victory despite splitting up his forces into vastly inferior numbers and fighting the Union on multiple fronts. The outcome was 17,000 Federal casualties to 13,000 Confederates.