History Unplugged: What the Emancipation Proclamation Can Tell Us About Tipping Points in American Culture

Scott Rank
|
Posted: Oct 14, 2018 12:01 AM
Share   Tweet
The opinions expressed by columnists are their own and do not necessarily represent the views of Townhall.com. 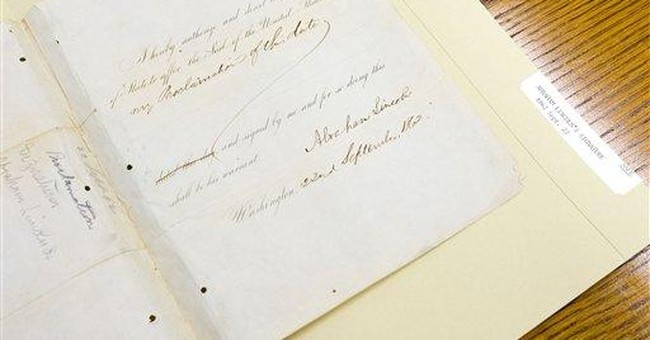 The entire point of the Civil War was to end slavery, right? Not exactly, and definitely not at the beginning of the War. The North went to war strictly to save the Union and had little interest in abolishing slavery in the South. The Emancipation Proclamation of 1863 only came about due to a complex convergence of political, social, and cultural interests.

This podcast episode is part 8 of a series that historians Scott Rank and James Early are doing called “A History of the Civil War in 10 Battles.”  We look at the reasons that the Emancipation Proclamation happened, the tipping point that made abolition turn from something unthinkable in early America to a rallying cry for the North, and the factors that make wide-scale social change possible.
Background