Before Biden Cancels Student Loan Debt, I Have A Few Questions

Scott Morefield
|
Posted: Apr 11, 2022 12:01 AM
Share   Tweet
The opinions expressed by columnists are their own and do not necessarily represent the views of Townhall.com. 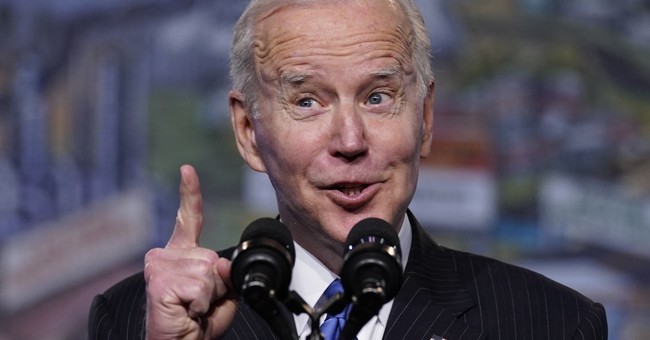 Last week, Bernie Sanders, the most famous socialist in America, tweeted, “Cancel student debt. All of it.” It was just the latest screed in what has become a common theme for radical leftist Democrats, appeals to essentially pay off a key political constituency at the expense of working, responsible Americans. It’s disgusting pandering in the worst possible way, yet media and policy makers continue to treat it as a serious proposal rooted in altruism and the desire for equity, whatever that means.

While President Joe Biden has thus far resisted such calls (other than Covid-related pauses on interest and payments), there are increasing rumblings afoot that he could attempt to erase anywhere from $10,000 to $50,000 of student loan debt per person with nothing more than a stroke of the pen. Whether the Constitution grants him this kind of authority remains to be seen, but such questions have never stood in the way of these kinds of leftist power grabs before, and I suspect they won’t this time around either.

Currently there’s around $1.75 trillion of student loan debt out there, a number that would seem far loftier were it not for the many trillions printed and distributed out of nothing for recent “Covid relief.” It’s owed by around 45 million people, upwards of one in four Americans. On average, they owe $37,000 and make payments of around $400 a month, the equivalent of what a decent vehicle would cost these days. Nevertheless, manipulative media portrayals of poor, hapless millennials unable to build a life or buy their daily Starbucks latte because they can’t see their way out from under a mountain of self-imposed college debt abound.

Of course, Americans also owe around $1.46 trillion in vehicle debt, $10 trillion in mortgage debt, and $830 billion in credit card debt. I mean, if we’re going to just continue printing money from nothing, why not cancel all or part of those too? The answer is obvious: There’s only so much outright fakery you can do before the whole house of cards comes down, and since Democrats want to reward people who support them, the fakery that will be done will be on their terms and to the benefit of their constituents.

Most college graduates, particularly those who would willingly dig a crater-sized hole of debt for a useless gender studies degree at Cal Berkeley, tend to support Democrats. And before you think about digging on Republicans as somehow less intelligent, consider that most colleges - and college degrees - these days are absolutely worthless. Just ask your plumber, your local contractor, or the guy who does your HVAC, all of whom probably make as much or more money than you. All of which, ironically, raises plenty of questions about the intelligence of people willing to spend like drunken sailors to obtain a product that barely benefits them.

Now, Biden deciding to erase the debt of his supporters would hardly qualify as the most unfair thing to happen in America under a Democratic president, but it would certainly set an awful historic precedent and be a blunder of epic proportions. It would also raise plenty of questions from fair-minded Americans. Here are just a few:

What about those who have paid their student debts already? Do they get a refund?

What about those who scrimped, saved, and worked their way through college without running up any debt in the first place? Isn’t responsibility supposed to be a good thing?

What about those who could have gone anywhere, yet chose state colleges because they didn’t want to run up debt? Do they award Harvard degrees retroactively?

What about those who eschewed college altogether because they didn’t want to go into debt at all? Would they have been as risk averse if they knew there was no risk?

What about those who partied their way through school, choosing to not work and rack up mountains of debt instead? Are we really going to reward irresponsibility?

What about every college student going forward? Will their debts also be erased?

What about doctors and lawyers (and such) whose mountains of debt also come with mountains of income to pay it off easily?

What about those unjustifiably skyrocketing college prices that certainly won’t be helped by yet another level of de facto government subsidies?

Isn't this just a massive wealth transfer from the poor and lower-middle-class to the college-educated class?

Can we afford it? Isn’t the United States already $30 trillion in debt? Which raises a related question: Isn’t inflation enough of a problem now for policy makers to not want to exacerbate it by basically printing yet more cash (which is what canceling existing debt is essentially doing)?

Why should taxpayers be forced to fund someone else’s debt?

Finally, to circle back to above, what about all the other types of debt that hamstrings ordinary Americans? Why just college debt? Sure, we know the answer, but it’s still good to keep asking. These questions and many more illustrate the absurdity of this latest in a long line of leftist nonsense aimed at destroying the fabric of fairness, responsibility, and social cohesion in America.