If Liberals Really Care About Climate Change, Why Do They Want Endless Third World Immigration?

Scott Morefield
|
Posted: Feb 11, 2019 12:01 AM
Share   Tweet
The opinions expressed by columnists are their own and do not necessarily represent the views of Townhall.com. 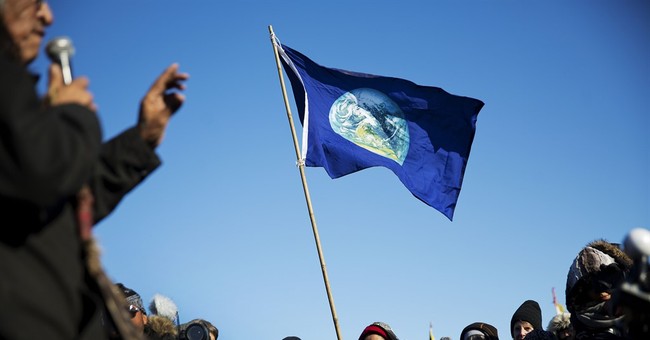 As liberals seek to overhaul America’s massive transportation, energy, and farming sectors with a burdensome, draconian, patently ridiculous government confiscation program billed as the “Green” version of Roosevelt’s “New Deal,” be reminded that liberals don’t really care about the environment.

If they did, they would propose policies that actually benefited the environment they say they care so much about. Instead, they use the fact that most normal people DO care about the environment to hoodwink them into granting them more power. Because that’s the name of the game for liberals - power - and make no mistake, their lust for increasingly large chunks of it literally drives everything they do and is behind every policy they say they support.

Sure, we may all know that to be true, but can we prove it? How can we draw out the dark intentions hidden deep inside what passes for a liberal heart these days and expose it to the light of scrutiny? Can we read their minds and, better still, expose them to the world for the fire-breathing denizens of hell they really are? A good place to start might be to analyze two of the biggest issues they care about, how those issues fit together, and how both could be mitigated if only liberals cared about actually making progress toward solving the issues instead of just posturing for power.

First, it’s a no-brainer that liberals love immigration from the Third World. The more of it the better, they say. Throw open our borders to everyone who wants to “breathe free” or even takes a notion to breath in some free stuff, and all our past racial sins can be atoned for, or something.

The real reason, of course, is that liberals want more power, and unlimited immigration from the Third World promises to give them more of it. Republican National Committee Chair Ronna McDaniel explained as much during a Saturday night Fox News appearance with Judge Jeanine Pirro.

Explaining that it literally changes the electoral map,” McDaniel noted that the state of California “now counts non-citizens in their census,” which “inflates their congressional representation.”

“This is a power play that Democrats have made,” she said. “It’s certainly not about the working men and women in this country.”

McDaniel’s assessment is something that conservatives have suspected all along, though not all have had the guts to call them on it. The problem, of course, is that liberals can simply deny it.

Fine. Let them deny it. Then ask them this: If liberals care so much about the environment, why would they want to hurt it by bringing Third Worlders en masse to the ‘First World?’

Now I’m no expert at so-called climate science, not by a long shot. I think the earth is probably warming, but then again I also think there isn’t much of anything humans can do about it significantly one way or another and that any governmental efforts to somehow curb what is happening that hampers economic freedom and lessens human comfort are simply power grabs, nothing more.

But liberals say they care, and they care a lot. Since they’re always going on about it, let’s use some of their own terminology against them. Those who follow climate science seem to be concerned with something called carbon emissions, and a key ingredient in this equation is “carbon emissions per capita,” a number that generally tends to be higher in first world countries and lower in others. The United States stood at 16.5 in 2014, down from 20.8 in 1980. Mexico’s carbon emissions per capita, by comparison, was 3.9 in 1980 and 2014, and has hovered around that number for over three decades. And that’s actually high compared to other countries whose populace likes to migrate to the United States. Honduras’ “carbon emissions per capita,” for example, stands at a miniscule 1.1, and Guatemala’s is even lower at 1.

What’s the point? Well, if population growth is a problem that contributes to climate change, how on earth is shifting ever increasing numbers of the world’s population from developing to developed countries supposed to help with climate change?

“No doubt human population growth is a major contributor to global warming, given that humans use fossil fuels to power their increasingly mechanized lifestyles,” writes Scientific American. “More people means more demand for oil, gas, coal and other fuels mined or drilled from below the Earth’s surface that, when burned, spew enough carbon dioxide (CO2) into the atmosphere to trap warm air inside like a greenhouse.”

So, those millions of migrants liberals are so desperate to bring in, all of whom suddenly “blessed” with the ability to consume, and waste, at a greater rate than they ever could have dreamed of sitting in the Third World hellhole from whence they came, actually will contribute even more to the rise in the earth’s temperature than if they had stayed home. Oh, the irony!

Climate change. It’s an issue liberals are supposed to care about, but do they care enough about it to oppose the massive population growth that’s expected to occur in the United States and Europe over the coming decades thanks to the neverending flow of migrants from impoverished - yet low carbon footprint - Third World nations?

Of course not! That would mean fewer Democratic voters, and we can’t have that, can we?