Do Republican Defeats in Virginia and New Jersey Signal the Demise of Trumpism? Hardly!

Scott Morefield
|
Posted: Nov 09, 2017 12:01 AM
Share   Tweet
The opinions expressed by columnists are their own and do not necessarily represent the views of Townhall.com. 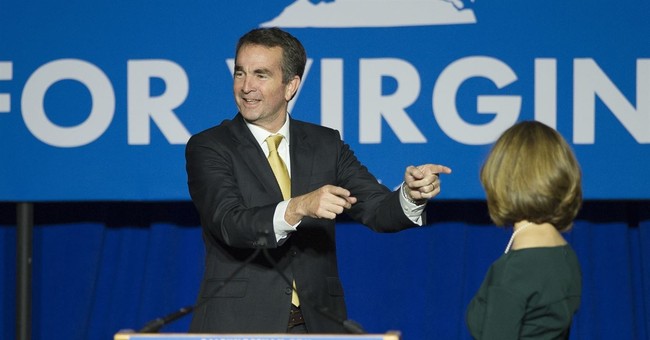 In the race to succeed Clinton-era sleazebag Terry McAuliffe as governor of Virginia, Democrat Ralph Northam managed to hold serve for his party in a state that has gone blue in the last three presidential elections, boasts two Democratic senators, and, well, has the ignominious distinction of somehow electing Clinton-era sleazebag Terry McAuliffe as governor four years ago.

In other words, Democrats did what they were widely expected to do, and yet this week's news cycle is bound to be full of liberals crowing about how they’re about to sweep Congress in 2018 based on the fact that they managed to win two states, Virginia and New Jersey, that Hillary Clinton won handily in 2016.

Should we give them a participation trophy?

But seriously, let’s give Democrats a little credit here. They did manage to run a somewhat sane, non-pajama-boy (hellooo Jon Ossoff), reasonably mainstream candidate who was a veteran to boot, even if his war stories strained credulity. And even then, they felt the need to drive minority voters to the polls by lying to them about Gillespie’s “truck-brigade” just revving up for an opportunity to run over some hapless Hispanic kids the day after the election, or something.

As sad as the fact may be, it may have ended up making a difference. Fox News wrote, “Northam won with the support of federal government employees and non-white voters, according to the Fox News Voter Analysis.”

Which, incidentally, almost solely explains Virginia’s historic shift from Red to Blue over the past decade. But such demographic shifts don’t necessarily spell doom for Republicans in all “blue” states. The politically-incorrect key, besides obviously trying to enlighten as many minority voters as possible to the common sense values of conservatism, is winning over a high enough percentage of the “white working-class” to tip the scales.

“However can we possibly do that?” clueless Establishment Republicans ask, seemingly oblivious to the fact that the man their ‘principles’ compel them to oppose at all costs actually did it in Michigan, Wisconsin, and Pennsylvania by espousing trade policies that would actually help these folks.

Predictably, liberals and even conservative sufferers of Trump-Derangement-Syndrome were quick to make this election a referendum on the president. Congressman Ted Lieu (D-CA) tweeted, “Dear @realDonaldTrump: It's morning in South Korea. Wanted to let you know Virginia voters rejected your views & your endorsed candidate in a bigly way. They elected Ralph Northam. Cheers.”

The “conservative” quislings were led by former CIA operative and Goldman Sachs employee, and Trump presidential opponent Evan McMullen, who wants you to believe that allowing Democrats to win elections is a good thing, because Trump!

In an astonishing charge with absolutely zero proof behind it, McMullen tweeted that Gillespie “was one of the good guys, but now he peddles fear and white nationalism. It’s better for VA and America that he not prevail.”

To which Fox News’ Brit Hume responded, “This is what the never-Trump movement is becoming — a cheering section against Republicans.”

Hell, the insanity was even too much for former #NeverTrump leader Erick Erickson, who wrote, “I've wanted to say NeverTrump died with the election, but there really are Republicans now who'd cheer on the devil if Trump said he believed in God.”

So sure, RINO Republicans gonna RINO. It’s a thing, and it’s been going on since long before Trump first announced his candidacy. But we don’t need them to win, as history clearly shows.

Far from embracing Trump, Gillespie did his best to skirt the line between outright alignment with the president and embracing a few of the issues, like sanctuary cities and Confederate statues, that Trump’s base and many other conservatives hold dear. To say Gillespie was full-on Trump is a deceptively false narrative meant to portray Trumpism’s key points - particularly immigration and trade - as losing issues.

Despite the fact that those issues literally won a presidential election and a Congressional sweep just one year ago.

Shortly after the results, Trump himself tweeted, “Ed Gillespie worked hard but did not embrace me or what I stand for. Don’t forget, Republicans won 4 out of 4 House seats, and with the economy doing record numbers, we will continue to win, even bigger than before!”

So, does the defeat of two Republicans in two blue states signal the end of Trumpism as an electoral winner? Hardly.

Don’t get me wrong - I would have loved the opportunity to stick it in their faces had Ed Gillespie somehow managed to overcome the massive demographic shifts that allowed Hillary Clinton to win by almost six percentage points just last year.

But alas, it was not to be.

However, the rumors of Trumpism’s demise are greatly, greatly exaggerated.