Why are Cell Phone Carriers Trying Not To Save Lives? 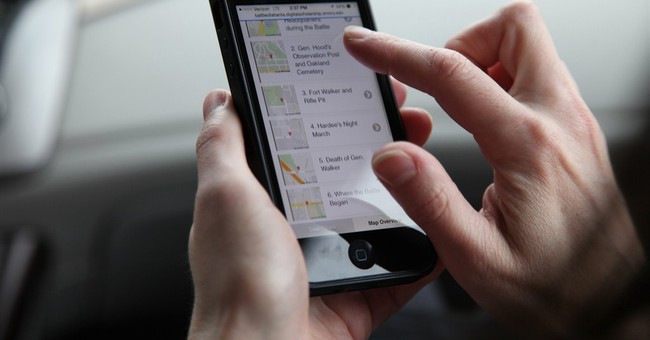 Have you ever been frustrated with using your GPS system on your phone or in your car and found that the accuracy was often a block or more off? Or worse, in rural areas the streets may not even be shown at all. It might surprise you to learn that the 911 tracking system used by first responders to find people who are in the midst of a dire emergency may be even more inaccurate. Attempts to improve the 911 system to ensure that people needing emergency attention from police, fire or other first responders can be located quickly are being delayed rather than expedited!

Public safety officials say this 911 location problem is widespread, particularly in densely populated urban areas and sparsely populated rural communities. Perhaps the answer lies in quickly getting to the suburbs when an emergency strikes...IF you want 911 to find you!

If you're outdoors, and your phone's GPS chip can connect with satellites above or the phone hits a series of cell towers on the ground, the 911 operator can determine your latitude and longitude (within 50 meters or so) most of the time.

But make that emergency call from inside a building, where it's hard for your phone to "see" the satellites and cell signals tend to bounce around a lot, then your location information could be off by 100 meters or more. That 100 meter difference can be enough to direct responders to the wrong building, and certainly to the wrong floor. In rural areas with spotty cell service the location process may be even more difficult.

Calling from a landline alerts the 911 operators to a specific location, but cell phones are a different story…and the problem is only going to get worse. The Federal Communications Commission (FCC) estimates that more than 70 percent of all calls to 911 centers now come from wireless phones — that's more than 400,000 calls a day. The majority of these calls (64 percent) are made indoors. And these numbers are sure to go up as people continue to pull the plug on their land-line phone service at home.

The FCC has heard the complaints and the horror stories of people dying before 911 responders can find them. The agency has acknowledged the potential threat to public safety. In fact, in a speech last year, FCC Commissioner Jessica Rosenworcel said that "if you call 911 from a wireless phone indoors, cross your fingers, because FCC location standards for emergency calls do not apply indoors."

The FCC has proposed rules to require more accurate location information for emergency wireless calls made indoors: accurate within 50 meters of the phone 67 percent of the time within two years, and 80 percent of the time in five years. The rules would also require vertical location information—for those in multiple-story building — within three years.

So how many lives are at stake? The FCC has stated that these improvements could save approximately 10,000 lives each year. That’s 10,000 parents, grandparents, children, neighbors and friends.

With this kind of problem, and the technology to solve it, we would expect that the issue would be addressed with a sense of urgency, right? In fact, a number of public safety and health organizations are supporting the FCC rules that have been proposed to beef up 911 cell response accuracy, including the National Association of EMTs, the American College of Emergency Physicians, the National Public Safety Telecommunications Council and others. Unfortunately, the cell phone industry is balking at the rules and seeking delays in the implementation of the requirements for more accuracy.

Victims of inaccurate responses to 911 calls are growing with each day. Those who have suffered from the current flawed locator system understand the need for speed in improving the technology that can and will save lives. The rest of us, who may be future victims, or who may have family or friends who could fall into that category, need to speak up now and demand immediate action from our members of Congress to fix a problem that has already resulted in the loss of too many lives.