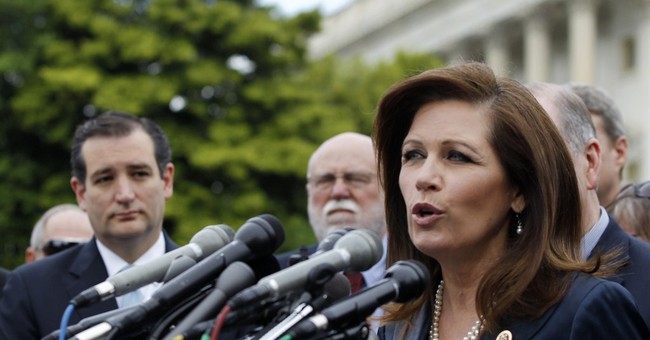 Mark Twain was lucky. When he said, “Reports of my death have been greatly exaggerated,” he was addressing the first and only time the media prematurely reported his demise. The Tea Party, on the other hand, has been declared dead more times than Bruce Willis in a Die Hard movie. Before the 2012 elections, the Democratic Congressional Campaign Committee proclaimed the Tea Party was “over.” Several weeks later, CNN heralded the “End of Tea Party Movement.” The next month, a Washington Post blogger predicted the Tea Party “will soon be nothing more than a blip in the country's collective memory.”

Recent months have proven those predictions wrong. Completely wrong. Dewey-Defeats-Truman wrong! From Rand Paul’s brave filibuster against Obama’s drone strikes on American citizens, to conservatives’ victory in defense of the Second Amendment, to the implementation of the budget-cutting sequester, the Tea Party is not only alive, it is winning.

Keep that in mind this week when you hear the mainstream media say Michele Bachmann’s decision not to run for re-election means the end of the Tea Party. It’s true that Congresswoman Bachmann’s outspoken defense of fiscal responsibility and fidelity to the Constitution made her a great messenger for the Tea Party. It also made her a great congresswoman. But the Tea Party’s message of freedom is as old as the Federalist Papers and as enduring as the Constitution Bachmann defended. Her message existed long before she went to Washington, and it will endure long after she (like George Washington) returns home after eight years of service.

Anyone who doubts the great future ahead for the Tea Party – I’m looking at you, mainstream media – should have paid more attention to the Tea Party’s press conference two weeks ago. Alongside Michelle Bachmann were dozens of Tea Party patriots (including Mitch McConnell, Rand Paul, Mike Lee, and Ted Cruz). Before them were about a hundred journalists (and whomever MSNBC sent). And with them in spirit was every American appalled by the latest abuse of power by (pardon the expression) the I.R.S.

As the backlash against the IRS’s lawless assault on the Tea Party shows, that which does not kill the Tea Party makes it stronger. Americans everywhere are Lerning (pun intended) that the I.R.S.’s respect for the law isn’t merely Nixonian – it’s Dillingeresque. They are seeing what the founders warned about – that power corrupts. And they’re rightly concluding that a law like Obamacare – which gives vastly more power to the already out-of-control I.R.S. – is a threat to American freedom.

How do I know the Tea Party will survive Michele Bachmann’s departure from Washington? Because Barack Obama, Nancy Pelosi, and their job-killing, tax-raising, big-spending agenda aren’t leaving with her. So long as liberals try to take away freedoms, patriots will need to defend them. For five years, we patriots have called ourselves the Tea Party. And we “have not yet begun to fight.”

Maryland School Official: We're Going to Mask These Kids Forever
Townhall
'The dam is breaking': NYT's Michelle Goldberg's epiphany about mandatory school masking is firing up people on both sides of the argument
Twitchy
Panic Time: Dems Show Just How Desperate They Are About the Midterms
Redstate
The Morning Briefing: Biden's SCOTUS Pick Will Undoubtedly Be Tragic
PJ Media