Ashton Carter and the Future of Missile Defense 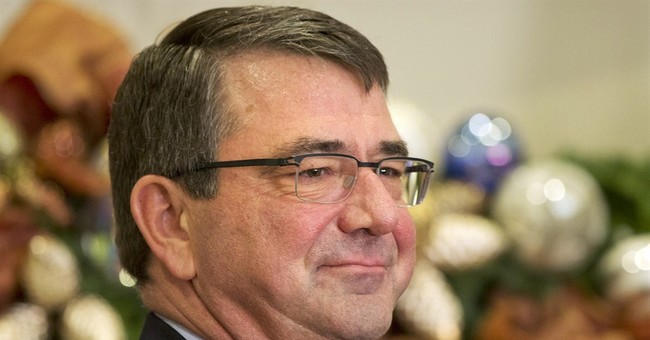 With the recent nomination of Ashton Carter to head the Department of Defense many observers are not only wondering how Mr. Carter will differ in style from his predecessor, outgoing Secretary of Defense Chuck Hagel, but also how they will differ in substance.

One area in particular is the vocal commitment to which Mr. Carter, assuming his nomination successfully navigates U.S. Senate confirmation, will give toward missile defense as a significant element of the nation's broad national security apparatus.

The Missile Defense Agency (MDA), responsible for conducting "research, development, and acquisition" of ballistic missile defense systems for the Department of Defense, has seen its budget shrink over the past several years from a high of $9.4 billion in FY2007 to just $7.6 billion in FY2014. The drop in funding has only been exasperated by the ill-effects of sequestration on the Defense Department.

In recent days, it has been cited that Mr. Carter was highly critical of President Ronald Reagan's proposed "Star Wars" program in the 1980's, having stated that it had "not yet been built in the laboratory, much less in a form suitable for incorporation in a complete defense system."

But in more recent times Mr. Carter has been far more laudatory toward the program and assets which make up the heart of the nation's anti-ballistic missile program. In fact, in 2013 Mr. Carter received the Ronald Reagan Missile Defense Award from the Missile Defense Agency.

A change in attitude toward the feasibility of a space-based missile defense program is understandable. The technological capabilities within the broader missile defense arsenal have improved dramatically. What was at once a largely theoretical exercise in the 1980’s has evolved to become a working system exhibiting extraordinary success.

From the evolution of more advanced mobile radar systems with cutting-edge tracking capabilities such as the AN/TPY-2, capable of being deployed in both a forward-based, or terminal phase, mode to the refined targeting capabilities of the leading anti-ballistic missile asset within the MDA’s arsenal: the Standard Missile 3 (SM-3).

But as with other defense assets under the Obama administration, appropriations to acquire these vital resources in missile defense have taken a hit. MDA appropriations requested by the President for FY2015 have dropped to $7.459 billion.

The importance of these assets doesn’t appear to be lost on Mr. Carter. In a 2010 op-ed written for the Wall Street Journal, Mr. Carter said of the SM-3:

“The SM-3 version deployed on Navy ships today has hit -- within inches -- its exact target in nine out of 10 tests. The accuracy of these tests has been confirmed in a variety of ways…All these verification sources confirm that when a missile warhead was hit, it was destroyed.”

In recent weeks, the MDA successfully conducted a test run against a multitiered threat scenario over the Pacific Ocean. On November 6, utilizing ship-based radar assets teamed with a naval destroyer operating the Aegis Weapon System and various iterations of the Standard Missile, the MDA successfully tracked and intercepted three targets: one ballistic missile and two cruise missiles.

Riki Ellison, founder of the Missile Defense Advocacy Alliance, argued that the myriad threats posed by the exercise demonstrated the ability of ships operating these systems to “defend themselves against incoming cruise missiles while simultaneously tracking and defeating ballistic missiles threatening other areas.”

But while an ever increasing number of tests continue to demonstrate the effectiveness of America’s missile defense arsenal the MDA continues to receive insufficient support from congress and the Obama administration.

With global instability on the rise and the continued danger posed by myriad regional threats and unpredictable regimes, now is not the time to pull back on support for necessary defense assets such as those which comprise the essential elements of America's missile defense systems.

Mr. Carter should continue his vocal support for missile defense and encourage the Obama administration, its previous cuts to the MDA notwithstanding, to commit the necessary resources toward its adequate implementation.