Out of Sight, But in Quite the Bind 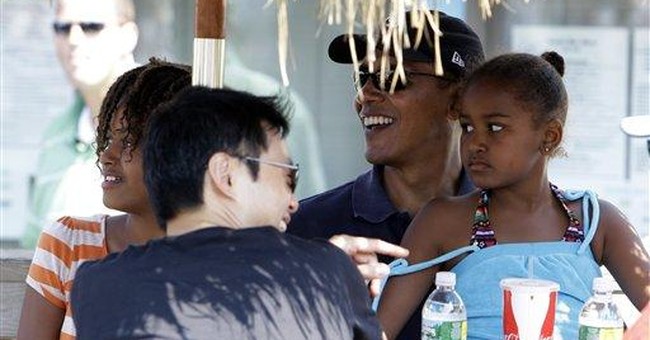 When college students' parents finally join that caravan of departing SUV's and mini-vans, there is often an elated sigh of relief. Suddenly the expectations, responsibilities and obligations their parents diligently enforced fall prey to that age old prophesy: out of sight, out of mind.

But as we know, with freedom comes responsibility. If students are not able to manage their new found autonomy, they can quickly, and often do, find themselves in trouble. Unfortunately, what most students fail to realize is that their futures are already in jeopardy.

With the GDP at 5.5 percent lower than the second quarter of 2008, the latest news from the Obama administration is that the U.S. will run a cumulative deficit of $9 trillion over the next 10 years, $2 trillion more than previously projected.

According to a recent Wall Street Journal report, our nation's ballooning net debt is expected by some to rise to more than 75% of annual economic output by 2013. Coincidentally, the class of 2013 are this year's college freshmen.

In the employment realm, eager graduates should look forward to a dismal future. Recently, administration and congressional budget officials told us to expect the unemployment rate to keep rising from its current level of 9.7 percent to 10 percent by the end of 2009. And, for the duration of 2010, the CBO projects unemployment to be hovering near 10 percent.

Through massive bailouts and a failed "stimulus" plan, this administration has attempted to rescue our economy by maxing out its credit cards. Despite the seemingly insurmountable debt we have already passed to the generation now in college, Democrats in Congress and the White House show no signs of kicking their spending addictions.

In the Senate we have seen a resurgence in the Kennedy-proposed health care bill that some experts say would cost $4 trillion in the next 10 years. On the House side, we have "America's Affordable Health Choices Act," a public option plan which the CBO projects would result in a net increase in the federal budget deficit of $239 billion over the 2010-2019 period.

Even if a public option is off the table, as President Obama has recently signaled, by all estimates we still face 10-year price tag of roughly $1 trillion.

If Obama inherited our ailing economy, he is poised to pass on an economy to college students that will be on permanent life support. The CBO summed it up best in a recent budget and economic outlook update:

"Over the long term (beyond the 10-year baseline projection period), the budget remains on an unsustainable path. Unless changes are made to current policies, the nation will face a growing demand for budgetary resources caused by rising health care costs and the aging of the population. Continued large deficits and the resulting increases in federal debt over time would reduce long-term economic growth by lowering national saving."

In the same report the CBO went on to soberly state, "Unless revenues were increased correspondingly, annual deficits would climb and federal debt would grow significantly, posing a treat to the economy."

It should not take an economist or college professor to explain to college students the bind they will be in upon graduating. Deficits of these proportions mean one thing for our emerging generation, regardless of how diligent and responsible some may be: a crippling economic burden handed down from an irresponsible generation that will stifle their opportunity to succeed.