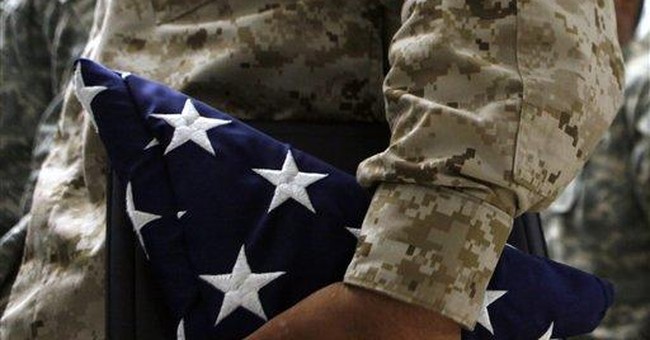 In 1715, a public weapons magazine was built in the center of the Colonial Virginian capital of Williamsburg. It was erected to house weapons and supplies necessary for the defense of the colony against slave revolts, Native American attacks, and pirate raids. But in 1775, the small brick building became a flash point of the American Revolution when Patrick Henry led a citizens’ militia of up to 500 armed men against the Royal Government of Virginia.

Patrick Henry was an orator and political leader. He was a burgess, the colonial equivalent of a state representative. Along with the rest of the elected members of the House of Burgesses, he lost his official powers when Royal Governor Dunmore disbanded the legislature for becoming too critical of British Rule.

In protest, the members of the House of Burgesses met illicitly in March of 1775 in Richmond, Virginia to conduct the business of the legislature. It was at this meeting that Henry delivered his most famous speech, calling for the formation and armament of volunteer companies in every county to prepare to fight against royal tyranny.

Following the rousing speech with his legendary closing words, “give me liberty or give me death,” the majority of those present voted with Henry to form the militia and immediately set about doing so.

It didn’t take long for the citizens in the new militia to have the opportunity to prove their dedication to the cause of liberty. Lord Dunmore, the royal governor of Virginia, understood the reports that Henry’s impassioned speech was turning public sentiment against British rule and towards independence. On April 20th, 1775, just one day after the skirmishes in Lexington and Concord, Massachusetts, Dunmore issued an order commanding a cadre of royal marines to enter the public magazine under cover of darkness, and remove the community’s gunpowder supply and disable the remaining weapons.

Unfortunately for the governor, the marines were spotted in action and soon the entire town of Williamsburg was aware that the people of the colony had been robbed of their public defenses. News quickly spread to the rest of Virginia, just as reports of Lexington and Concord began reaching the colony. The people were ready to fight back. Revolution had begun.

When Henry called for men from his own county of Hanover to join him in a march on Williamsburg, volunteers flocked to the cause. As word of Henry’s advance on the town arrived, Lord Dunmore sent his family from the governor’s palace to the safety of a British naval vessel anchored near Yorktown. Henry’s militia arrived and set up camp just outside Williamsburg. They were soon joined by Virginians from around the colony.

Patrick Henry demanded the return of the gunpowder, or failing that, he called for compensation to replace the colony’s fleeced supply. Lord Dunmore feared Henry and his men, and from the security of the palace he threatened to destroy the town should any hostilities begin.

For days the standoff continued until a deal was finally brokered in which a sum that both sides agreed upon was paid from the royal account to replace the stolen gunpowder. Dunmore then issued an official proclamation denouncing Patrick Henry and reminding the colonists that their allegiance to the king prohibited them from assisting Henry in any way.

Clearly his words fell on deaf ears. A month later, Lord Dunmore, fearing for his safety, fled the governor’s palace never to return. Without firing a shot Patrick Henry sent two clear messages to British tyrants: first when he demanded liberty or death, and second when he faced an armed enemy and vociferously warned that his fellow colonists would not stand idle while their property was stolen by the government. His courageous words and acts sparked, then enflamed a revolution.

In the year following the events that have come to be known as the “Gunpowder Incident,” Patrick Henry returned to Williamsburg and entered the governor’s palace as the first elected leader of the free and independent Commonwealth of Virginia.

Henry served as governor for five terms. He continued his battle for liberty while in office, opposing the ratification of the Constitution absent a well-defined description of the rights afforded to the states and the people. Due in large part to his leadership, our Constitution contains the Bill of Rights. His leadership in wartime and peace helped shape our nation and continues to inspire new generations of patriots.

Feminist Writer Finally Says the Quiet Part Out Loud Regarding Abortion
Townhall
Kick-butt thread directed at Lefties threatening violence over SCOTUS decisions an EPIC must-read
Twitchy
Joe Biden Just Told Us Who He Really Is
Redstate
Could AOC Be Getting a Little 'Insurrectiony' With Her New Revolutionary Friend?
PJ Media