Mantra of Democratic Lawmakers During COVID: ‘Do as I say, Not as I do’

Samantha Fillmore
|
Posted: Dec 05, 2020 12:01 AM
Share   Tweet
The opinions expressed by columnists are their own and do not necessarily represent the views of Townhall.com. 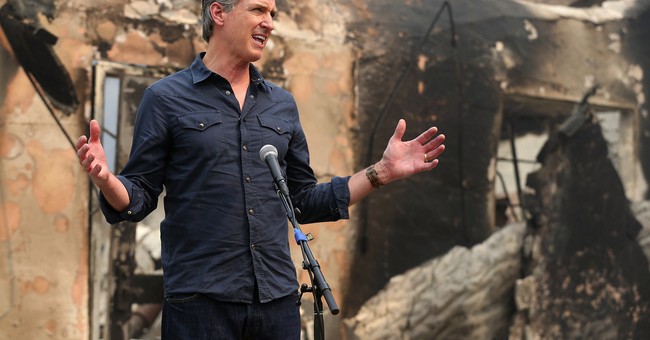 Based on their policy edicts, Democratic lawmakers could easily be described as proponents for a system of government wherein we the people are reliant on the state in a manner akin to children being reliant upon their parents. To continue this trend, many Democratic lawmakers have doubled down on the old parental adage, “Do as I say, not as I do.”

First, there was Speaker of the House Nancy Pelosi (D-CA) propagating economic Armageddon via lockdown orders while delaying a second stimulus package for mostly political reasons.

Then, Pelosi brazenly broke lockdown guidelines in her home city of San Francisco, while getting her hair done (sans mask, no less) at a local salon, when salons were forbidden from operating.

We also witnessed another blatant example of hypocrisy in the Golden State when California Gov. Gavin Newsom (D) broke his coronavirus restrictions to attend a dinner party for one of his long-time aides at the $300-a-plate French Laundry restaurant in Napa. After initially denying the illicit restaurant rendezvous, Newsome came clean when photos of him and his guests emerged.

Not to be outdone by his progressive rivals, Illinois Gov. J.B. Pritzker (D) joined the crowd by breaking his standards when he traveled to his extravagant estate in Wisconsin during a time when Illinois residents could not leave the state without subsequent self-imposed quarantine. Further, while living in luxury on his northern getaway, he employed Wisconsinites to make repairs to his home while stalling Illinois construction companies and projects, leading many small construction businesses to shut down.

Like the virus, the hypocrisy and two-facedness on behalf of progressive politicians, has spread widely.

In fact, it has traveled from California and Illinois to Texas, much like many Americans have done in search of more freedom, a more business-friendly environment, and less taxes. This time, the latest iteration of this lockdown hypocrisy manifest in Austin’s Mayor Steve Adler (D).

Following the trend of the rest of the world, the changing of the seasons this fall brought along with it a spike in coronavirus cases in the Austin metro area. Despite this, in early November, Adler attended an outdoor wedding reception with 20 guests for his daughter in South Austin.

In addition, eight of the guests, including Adler, took a chartered flight to Cabo San Lucas, Mexico, where they vacationed together for a week. The guidelines didn’t specify against lavish destination wedding receptions, so the governor seems to have been in the clear.

At the time, Austin was under Stage Three recommendations, meaning that Adler was recommending people not gather in groups of more than 10 and avoid nonessential travel.

However, these recommendations somehow did not apply to Adler, just to the hoi polloi.

Never mind, that “traveling outside your community for gatherings and events” was considered “high-risk” for Austinites during the Thanksgiving holiday by the Austin Public Health Department.

To add insult to injury, or just out of blatant disrespect for the people of Austin, Adler addressed his constituents via a Facebook video from his timeshare south of the border. During which he said, “We need to stay home if you can. This is not a time to relax. We are going to be looking really closely …We may have to close things down if we are not careful.”

Subsequently, Adler issued an apology for setting a bad example, calling the wedding reception and travel, “a lapse in judgment.”

At what point do Americans say enough is enough? The overzealous and power-hungry Democratic politicians are more than content shutting down America’s small businesses, barring them from church, and keeping them from their loved ones, while the lawmakers themselves cannot forgo a vacation, fancy dinner, or hair appointment.

Americans should maintain the liberty to make the decisions they feel are best for them per their discretion. It is disingenuous that Democratic lawmakers have no issue restricting their constituents while further stalling the economy through trivial guidelines on small businesses, while blaming the president (and Republicans) for the coronavirus-related recession.

The list of these politicians is growing at an exponential rate. Their policy says “stay home or else” while their actions scream that it is more or less okay to live a life that resembles normalcy. At the heart of the violations of their policy is pure selfishness.

It is evident that their dinner plans, getaways, and salon appointments are more important than the 100,000 businesses that have permanently shut down during the pandemic, according to Yelp.com’s Local Economic Impact Report.

However, these governors and elected officials are not losing their life savings, investments, or dignity in the process. They will always have a cushy set of fallback job opportunities from their Democratic comrades to rely on when their days in office are over, or personal memoirs to write to keep the cash flowing.

It is clearer than ever that lawmakers, particularly those of the Democratic persuasion, are irrevocably out-of-touch with the trials and tribulations of the average American.

In a grinch-style fashion, Christmas will be all but stolen by these same people in the weeks to come. Perhaps their next round of proclamations will come as they sip hot cocoa in their out-of-state ski lodges.

The American people cannot forget these reprehensible displays of selfishness. These hypocrites are not worthy of their positions in office. Although children cannot choose their parents, fortunately, we the people have the ability to choose our political leaders.

Samantha Fillmore (sfillmore@heartland.org) is a government relations manager at The Heartland Institute.