What We Lose By the Closing of Community Department Stores

Salena Zito
|
Posted: Mar 10, 2020 12:01 AM
Share   Tweet
The opinions expressed by columnists are their own and do not necessarily represent the views of Townhall.com. 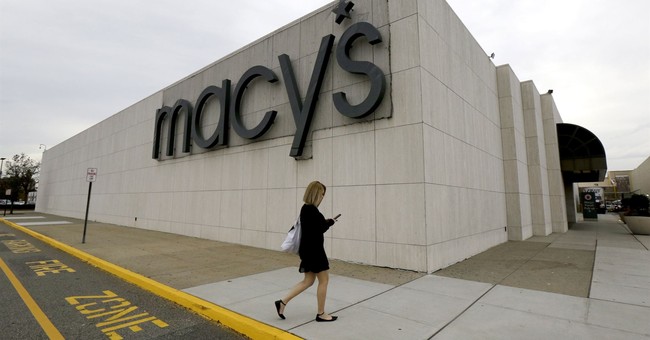 PITTSBURGH -- Five years ago, the sad goodbye to an icon began when Macy's decided to close its flagship location in downtown Pittsburgh. The void, alas, still remains.

For most of that building's storied 110-plus-year-old life, until Macy's took it 15 years ago, it was Kaufmann's department store: a place where parents, whether they were working-class or well-to-do, took their babies to get fitted for their first pair of shoes; or purchased their communion dress, prom dress, wedding gown, back-to-school clothes; or bought them the sheets, furniture, toasters, pots and pans they needed to start their adult lives.

It was 1.2 million square feet of community, where people came together no matter their age or where they were from to experience dozens of rights of passage.

Pittsburgh wasn't the only place to have this experience; there was Higbee's in Cleveland and Hudson's on Woodward Avenue in Detroit, the latter of which was very similar to Kaufmann's, where any working-class child could walk along its marble floors; gaze up at the sparkling chandeliers; absorb the smells and sounds of the flower shops or candy shops; and drink from the ornate water fountains.

Despite the affluent adornments, Kaufmann's was everyone's department store, a place to inspire and aspire. Your mother may have bought your clothes in the bargain basement, but as your family browsed the multiple floors and ascended on the escalators, you could imagine shopping one day for one of those sharply tailored suits to wear to work in one of the surrounding downtown office towers.

The absence of these stores from the core of our cities isn't just about the loss of retail square footage. That is what mayors and politicians always get wrong when people bristle at the loss. What hurts most is the loss of community and touchstones that brought people from a variety of backgrounds, races, religions, education levels and income levels. We mourn the fact that we have not replaced them with a new attachment to community.

A 2018 Pew survey showed that roughly 4 in 10 adults "say they are not too or not at all attached to their local community." This is a sharp veer away from that thing about us that awed French sociologist Alexis de Tocqueville in the 1800s, who observed with respect our robust habit of forever joining and forming communities, and how we have benefited from them.

As social media becomes a replacement for connection, online communities have proved to be a very weak link to the physical communities that made America stand out for its willingness to shed social barriers and congregate.

That is what places such as Kaufmann's and Higbee's and Hudson's did, explained Ron Fournier, a native Detroiter, former newsman and current communications expert who returned to help bring his community back together several years ago.

"When Detroit was a lively, thriving brewing city 50 years ago, Hudson's was the very center of that excitement," he said. "For my mother's generation as well as myself, you could go downtown and do your shopping, usually on a bus, and you would walk into this gorgeous ornate building, unlike anything you would see in your neighborhood, and you would be surrounded by luxury and nice things you couldn't afford, but you could aspire to."

It is in our very core to want to be around other human beings, said Fournier: "Technology is pushing us apart, it is allowing us to be disconnected from one another. But there is a pull in our DNA to gather and be around each other."

Recommended
Where Did All of These Haitians Come From and Why Are They at the Border Now?
Julio Rosas

The need for affiliation cannot be fully satisfied by work; human contrast and contact are needed to bring us together. When Kaufmann's/Macy's closed in 2015, it allowed people to come into its once-glamorous 13 floors and purchase the sewing machines the seamstresses used to tailor the clothes, the mannequins that boasted the newest fashions, the paintings that hung on the walls and the fixtures in the restaurant.

People came from all around to buy a part of their life they could never get back, and the outpouring of grief and loss was everywhere as people tried to buy a piece of something they lost.

They knew more than any politician or developer that whatever came next would never fill the void of community.

Share this on Facebook
Tweet
Where Did All of These Haitians Come From and Why Are They at the Border Now?
Julio Rosas
Tim Scott Slams Dems For 'Walking Away' From Police Reform Negotiations
Reagan McCarthy
Reports: Taliban Hunting Down US Allies, Persecuting LGBT Afghans, Repressing Women