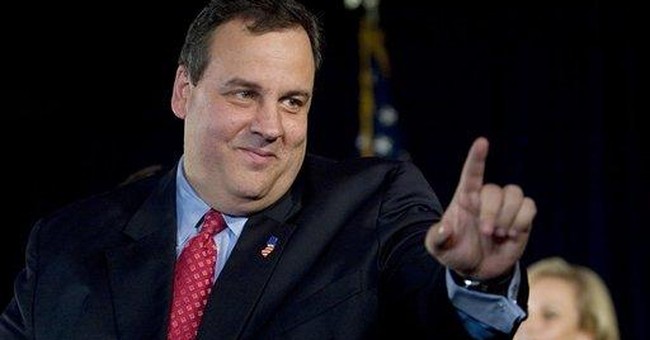 WEEHAWKEN, N.J. – Sometimes all it takes to put the world in perspective is to stand in the shadow of where great men fell, even great men so tragically flawed by revenge that they foolishly participated in a duel to settle a political slight.

The most famous political and personal animosity of its time existed between Federalist Alexander Hamilton, the primary author of “The Federalist Papers” and our first Treasury secretary, and Democratic-Republican Aaron Burr, who served as Thomas Jefferson’s first vice president.

In a 1791 U.S. Senate race, Burr defeated Hamilton’s father-in-law, who would have supported Hamilton’s policy of a strong central government. In the presidential election of 1800, when an unexpected tie arose between Jefferson and Burr, Hamilton did everything he could to ensure Burr’s defeat in the tie-breaking House of Representatives.

Their animosity worsened in 1804 when Hamilton campaigned vigorously to defeat Burr in New York’s gubernatorial campaign. “After a series of angry letters and Hamilton’s refusal to apologize, Burr challenged Hamilton to a duel,” Brauer recounts.

On July 11, 1804, the two men crossed the Hudson River from New York to Weehawken, site of a popular dueling ground. Hamilton reportedly shot first and intentionally missed Burr, in a customary show of courage.

But he shot in the air, rather than into the ground, which apparently led Burr to believe that Hamilton was trying to kill him. Burr returned fire and mortally wounded Hamilton.

“Alexander Hamilton’s death led to the demise of the Federalist Party and the political career of Aaron Burr,” Brauer recounts.

Today’s overzealous reaction to a sarcastic tweet or Facebook posting by an elected official pales in comparison to the Burr-Hamilton affair.

Yet if dueling is a thing of the past, confrontational politics lives on.

Garden State Gov. Chris Christie, known for his resoluteness in standing up for what he thinks is best for his state, often is labeled a bully because he speaks his mind.

“I take it in stride,” he says. He has no intention of changing, he adds, but he does wish some people would put it all into perspective.

“People want you to play it straight,” he says in response to today’s media frenzy whenever a politician speaks outside the safety of talking points.

In 2009 Christie became the first New Jersey Republican to win statewide in 12 years. As governor, he has been a no-nonsense fiscal conservative willing to stand up, directly and often bluntly, against special interests and his opponents, according to Brauer.

“Most notably, he was not afraid to carry out and then defend a long list of fiscal solutions to address the budget gap,” Brauer says.

In the 1930s, preeminent political scientist Harold Lasswell defined politics as “who gets what, when, and how.” Politics, by its very nature, is confrontational. It is about making decisions that produce winners and losers; it is conflict. And such conflict is exacerbated in a democracy, with its free marketplace of ideas and strongly held beliefs on decisions over scarce resources.

Unlike many politicians, Brauer says, Christie “is not afraid … to defend his stances directly, even to those who lose from his policies, going back to Lasswell’s definition.”

American politics always has been – and continues to be – beset with partisan, ideological and personal rivalries (although it is important to note America’s incredible, unprecedented record of peaceful transitions of power).

The death of civility in American politics has been greatly exaggerated. We have not become worse since our founding; if we had, politicians would kill each other every two years.

What, perhaps, has died is our politicians’ perspective on how to react appropriately to a slight. They (and the rest of us, for that matter) don’t always have to run to their Facebook page or blog, or to call up a reporter, whenever their feelings get hurt.

There is a broad space between dueling and whining. Surely, somewhere between milk-toast and homicide, we can conduct our differences vigorously, without predicting the end of democracy.