In Obama We Don't Trust 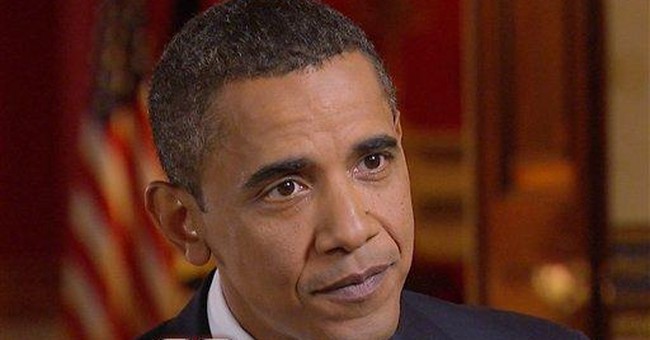 Politicians will tell you they’d rather have you hate them than distrust them because hate is an emotion that can be tweaked, while trust is an investment in character – a bond that, once broken, can never fully be repaired.

The problem for President Barack Obama and Democrats is that, in poll after poll, Main Street does not trust them. Republicans are not exempt, either; while Dems keep sliding in the polls, the GOP is recording no parallel gain.

On the eve of Obama’s health-care pitch to Congress and the country last week, an Associated Press-GfK poll highlighted his fall from grace: A whopping 52 percent of the country disapproved of his handling of health-care reform.

“I can’t emphasize enough how bad it is for a politician to lose trust,” says Democratic pollster Pat Caddell, a former senior adviser to President Jimmy Carter.

“What is remarkable in all of the polls is when the president loses support, voters don’t go from ‘approving’ to ‘somewhat disapproving,’ ” Caddell explains. “They jump right to ‘strongly disapprove.’ ”

A passionate old-school liberal, Caddell has never seen anything like this in his career: “I am not quite sure what this means long-term for my party, but it can’t be good.”

The danger for Obama, he says, is the profuse bleeding of people who identify themselves as independents. “He lost his Republican support fairly quickly. That is not unusual. But to see independent voters flee, so quickly and hard, is striking.”

“And now what you are seeing is Democrats moving away, too.”

What is interesting, according to Democratic strategist Steve McMahon, is that, so far, Obama’s policies are not nearly as popular as he is.

“His honeymoon is shorter than he probably hoped, but his skill to persuade is likely sufficient to overcome this challenge,” McMahon says.

Yet Obama didn’t help his cause in last week’s speech by saying so many things that are counterintuitive to the facts.

First, he claimed his reforms will not drive up the federal deficit – although basic math shows that any of the proposals circulating on Capitol Hill will drive it up by billions of dollars.

Next, his line that “nothing in this plan will require you or your employer to change the coverage or the doctor you have” is no guarantee that employers will retain existing coverage for their workers. Employers would be free to change their health plans in ways that workers may not like, or drop insurance altogether.

Those are just two of more than a half-dozen shady rhetorical statements that cannot be backed up with facts.

When you get shifty with Main Street, it sees right through you.

Obama won the presidency largely by promising to end the status quo of Washington politics. That promise died when lobbyists – scores of them, from the Clinton administration, Chicago’s political machine and Wall Street – all became part of his inner circle. Still, the president remained popular.

Then came this summer, and Main Street started to distrust the execution of the government, beginning with its handling of the economy.

Voters remember that candidate Obama couldn’t form a sentence about the economy without throwing former Federal Reserve chairman Paul Volcker’s name into the mix. Volcker, arguably one of the most trusted men in America on economic leadership, hasn’t been seen since last winter, when he held an economic advisory summit in his unused office in Washington.

Despite the non-stop parade of Obama surrogates, including the vice president, at staged campaign-style town-hall meetings, touting the stimulus package, no one on Main Street has seen anything resembling stimulus-package recovery projects in their neighborhoods.

Drive across Pennsylvania, and you see plenty of shiny new “Recovery Act” road signs promoting “your stimulus money hard at work” – yet no evidence exists for miles in either direction of any construction work.

What the president started off with is an investment of a great many of people hoping he would be what he said he wanted to be, what they wanted him to be – someone who would unify the country and solve its problems.

Oh, and that he would be a great leader.

“That was the core of his support, to change the status quo,” Caddell says. But, he adds, the polls show across the board that he has not delivered.