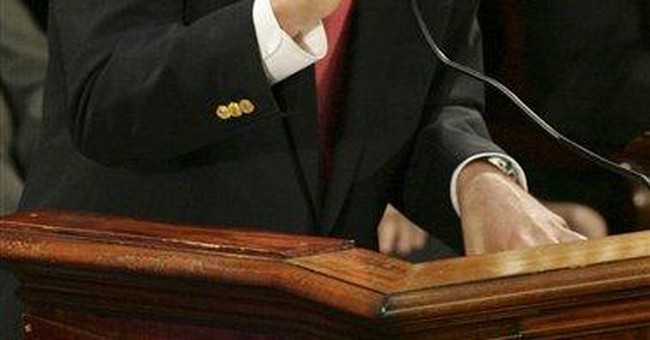 After a 16-year drought, Democrats have restored confidence among their elected officials and supporters with the swearing-in of President Barack Obama.

Gone are all traces of Battered Democrat Syndrome, the affliction caused by years of running and losing (or, worse, winning the popular vote but still losing the election).

Democrat strategist Jason Ralston of RalstonLapp said it was sort of like thinking you resemble George Clooney and learning that people see you as George Costanza. “The way out … is to change the way people perceive you,” he said.

Republicans now face a perception problem. Fair or not, they need to debunk a lot of “Costanza” images – that they are the party of old white guys, of over-the-top religious zealots, of failed Bush policies.

Consultant Dan Fee knows how Republicans feel. He went to Tennessee in 1994 to work for the Democratic Party; when he got there, Democrats controlled both of the state’s U.S. Senate seats, the governor’s office, the state House and the congressional delegation. By the time he left a couple years later, Republicans controlled it all.

Fee recalls being “constantly concerned as to whether you hit bottom yet.”

He had the misfortune to begin his Democrat-operative career the same year as Newt Gingrich’s Republican Revolution, when “You never knew where your footing should be. … By 2001 we were questioning whether we would ever become a majority party again.”

The only hope gleaned from 2000’s presidential race was that Al Gore lost the Electoral College but did win the popular vote.

“We just needed to figure out how to use that and what it meant going forward,” Fee said. Democrats didn’t have a Newt to lead the way; instead, “George Bush post-2004 did it for us.”

The GOP needs one of two things now – for another Newt Gingrich to emerge, or for Obama to become the equivalent of George Bush post-2004.

Governor Mark Sanford, R-South Carolina, is not looking for Obama failures to resurrect the GOP. He is looking towards good policies.

“There is always a lot more soul-searching in defeat than in victory,” he explains.

Sanford recognizes that Republicans in Congress have little opportunity to advance policy, so that will be the job of GOP governors and state legislators.

Any political party can recreate its image while out of power – just ask Democrats. All it needs is the humiliation and division that come from defeat, which begins the painful process of evaluating core principals and creating an agenda that appeals to a winning coalition of voters.

After the 2004 election, the GOP was at its peak: George Bush had painted John Kerry and Democrats as too liberal; Republicans controlled Congress.

Corruption involving lobbyists, budget earmarks and spending set the stage for a complete collapse by highlighting the GOP’s inability to govern based on core principles of not just cutting taxes but cutting spending as well.

Republicans need 100 faces of reform. Looking to one new leader is not the solution. Governors, senators, congressmen, national party chairman Michael Steele – all need to become the face of a party that points to Nancy Pelosi as Congress’s real agenda-setter.

The best approach for this “out” party begins with championing government ethics. “Much of the unwieldy expansion of government Obama wants will fail,” says political scientist Robert Maranto, “and Republicans have an important role in pointing that out.”

Culture-war issues – such as Obama-appointed judges who threaten to eliminate federal funding of private universities that refuse to perform gay marriages in their chapels – are another way to separate conservatism from Democrats, Maranto says.

“The same sort of thing with the supposed Freedom of Choice (and no freedom of conscience) Act, as well as ‘card-check,’ ” he adds.

Then there is humor: “Tea parties” inspired by CNBC’s Rick Santelli are growing across the country – and helping Republicans. So would “pork watches” and related gimmicks similar to Gov. Sanford’s famously bringing a pig to his state legislature when it proposed a huge budget.

Sanford declined to do that last week in Washington while he attended the annual meeting of the nation’s governors.

“I thought about it, for about a minute,” he said. Instead, he concentrated on going through the fine print of the Obama stimulus package.