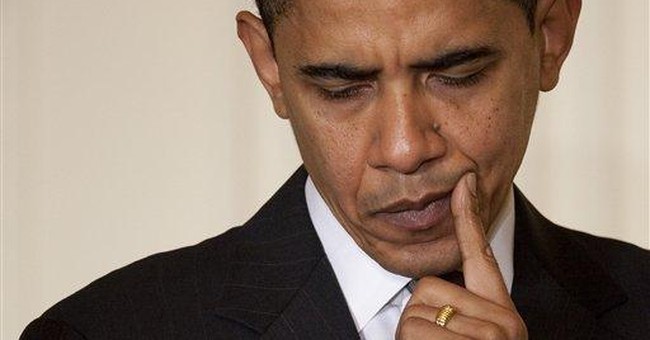 The lack of debate over and the speedy passage of the Obama stimulus package have put clashing political dogmas at the forefront of the American conversation.

Central to that conversation is which party has the better solution for the economy.

Clearly, the president considers this a crisis. You need look no further than his speech last Wednesday, in which he used the word "crisis" more than 25 times -- sometimes three times in one sentence. Had you been playing a "crisis" word-drinking game, you would have temporarily lost all brain function by the end of the 18-or-so-minute speech.

The Republicans claim the stimulus package contains too much spending and not enough stimulus. All the Democrats have to say (whether accurate or not) is, "Your failed policies put the country here," and they win the conversation.

The problem is that both parties spend most of their time debating what academics call "false dichotomies," which in the real world means they hold views that appear to be opposite from one another but are not.

Sometimes we move in a progressive direction, sometimes in a conservative one -- but neither position has been "right" for all of our 200-plus years.

So, in the wee weeks of his presidency, what has Barack Obama done that reveals what his dogma will be?

Goldstein shares the academic consensus that Obama is "remarkably pragmatic."

"Obamaphiles will hate to hear this, but Obama is like Nixon without the inner demons," said University of Arkansas political scientist Robert Maranto. In other words, Richard Nixon was a pragmatic conservative in a liberal era, while Obama is a pragmatic liberal in a conservative era.

On a personal level, Nixon did not like people; Obama does.

Only time and circumstance will reveal if he embraces the good and staves off the ugly.

Obama is an idealist; when he discovered that community activism in Chicago had zero impact on people's lives, he moved into politics. At heart a pure liberal, he believes in using government to "help" people. As a classic pragmatist, he does not know exactly how to do that, so -- as pragmatists often do -- he is turning to experts.

Yet, says Maranto, "Here's the rub: the experts don't know, either."

Experts always want more cash for their own programs. But if you think that you can just get a bunch of really smart people in a room and fix, say, global warming -- not to mention health care or the economy -- then you are smoking the same happy-smoke as Jimmy Carter.

"Carter appointed lots of really bright, really capable people -- who all disagreed with each other," recalled Maranto. "He created the least coherent administration in modern history. Obama is smarter and more disciplined than Carter, so maybe he can pull it off."

With his stimulus package, President Obama has proven that, like all politicians, he loves pork.

No matter what his dogma is or will be, he will never let it get in the way of that pork.