Our celebrity in chief 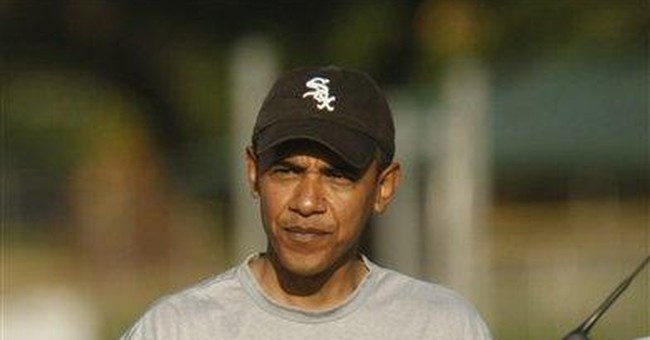 Now that Americans have participated in an election that was pure political entertainment, how will they separate Barack Obama’s perceived political coolness from the objectivity needed to evaluate leadership?

And just how will American media cover a president who is beginning to treat them more like paparazzi than reporters?

Just ask any of the pool reporters covering the Obama family holiday in Hawaii if they feel they are reporting news -- or participating in a controlled stalking exercise.

A number of our presidents have been celebrity-like individuals with name recognition and fame, notes Lara Brown, a professor of political science at Villanova. “The difference, however, is that in previous eras, those ‘celebrities’ were generals and war heroes like George Washington and Andrew Jackson,” she explains.

Today’s media can take part of the blame for making (or breaking) politicians as celebrities because of the way they deliver the story.

“What is new on this side of the digital divide,” he says, “is how copious the press is with its engine of publicity.”

But what the press giveth, it also can taketh away.

Ask Caroline Kennedy. Her quest to become a U.S. senator from New York when Hillary Clinton becomes the next U.S. secretary of State has been met with much press-debunking of her experience because of her celebrity status.

We live in an age that is centered on “now.” That “now” is enhanced by technical tools that instantly dissect and propel it across the Internet and the blogosphere, which quickly makes it “news” -- then, 24 hours later, makes it “history,” as we move on to the next “now.”

The Project for Excellence in Journalism has demonstrated that, through the primaries and the general election, Obama received widely better press coverage than any of the other major party candidates.

But Obama has shown “a certain disdain for the press,” Evensen says, such as “the day he kicked representatives of the Dallas Morning News, the Washington Times and the New York Post off his plane shortly after those papers had endorsed his opponent, John McCain.”

“Obama was an attractive, articulate, inexperienced man in search of high office like many other men in public life,” Evensen says. “He used the press on his way up. They used him to stimulate circulation, and together they helped to create a sense of civic excitement.”

The marriage is now beginning its long slide into a trial separation, characteristic of what happens when the honeymoon ends.

The political entertainment reflects the curious question of what constitutes celebrity in modern times.

In previous eras, a celebrity earned fame through some accomplishment that revealed his or her excellence.

Now, says Villanova's professor Brown, notoriety alone -- being “known,” whether by appearing on a reality-TV show or in a high-profile legal case, or by blogging on the Internet, creating a cologne or by otherwise “branding” oneself -- is enough.

“It would appear that our 21st-century culture is all about this triumph of the superficial over the substantive,” Brown says. “The ‘show’ seems to be more important than the reality.”

The wisest course for old-school newspaper reporters, she believes, is to stop trying to compete with the blogs: “Analysts and opinion writers are now everywhere, and when newspapers focus on this type of content, they are always going to be on the losing end, because blogs can be updated much more quickly than print editions.”

If reporters focus more on their traditional watchdog role or engage more in independent investigations, she contends, they can focus on what celebrity politicians don't want to see revealed. That inverted power dynamic, she says, would render politicians afraid not to talk to the press, instead of the other way around.

Famed newspaper columnist H.L. Mencken expressed the view that a journalist’s job is to comfort the afflicted and afflict the comfortable. That seems as good a motto for the Digital Age as it was for the Jazz Age.