The good, bad & ugly of card-check 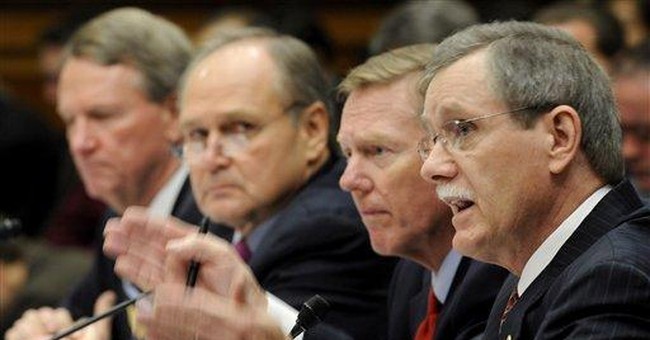 Is it pay-back time or about time? When it comes to “card-check,” slang for the Employee Free-Choice Act – one of the first pieces of legislation likely to go before Congress when it reconvenes in January – it depends on who you ask.

Today, if a union organizer goes into a workplace and gets 30 percent of the employees to sign a “union interest” card, an election is ordered by the National Labor Relations Board. A secret-ballot vote is held six weeks later, giving both union and employer time to lobby the workers.

Under card-check, not so much: If a majority of employees sign a union card, then the union becomes the bargaining unit. No more six-week campaigns, no more elections. It’s a done deal; you’re essentially a union shop.

This will not be the first vote on this bill; it passed the House last session, 241-185, but died in a Senate filibuster.

This time, with a healthy majority of Democrats in the House and a near super-majority of them in the Senate, passage is likely to go from standing on a precipice to heading over the cliff.

According to Nick Shapiro, a spokesperson for the next administration, “President-elect Obama supports the Employee Free-Choice Act and is committed to its passage.”

“Card-check gives a better opportunity for workers to have an easier way to form a union at their workplace,” explains Bill George, president of the Pennsylvania AFL-CIO.

He pushes back at critics who say it goes against the fundamental American right to a secret ballot: “Bottom line is that there is too much power in the hands of employers, and middle-class workers are not getting their fair share of the profits.”

“If you want to say ‘yes’ or ‘no’ to a union, you should be able to do that in the privacy of the voting booth,” counters James Sherk, a Bradley Fellow in Labor Policy at the Heritage Foundation.

“Promoting unionism is not a wise idea in the middle of a recession,” Sherk adds. The real issue in his mind is not whether unions are good or bad. “The issue is, are these specific conditions” – not using secret ballots – “good or bad? I would argue (that) no matter the economic circumstances, workers have the right to a private vote.

“They have the right to vote ‘yes’ or ‘no’ on unionism without the union officials or their co-workers being aware of how they voted.”

You can make an argument that each side sees a benefit to a different process, says Purdue University professor Bert Rockman.

“Signing the union petition card is an indication of discontent with present conditions in the workforce; the unions argue that is sufficient,” he explains. Democrats are likely to cave to that argument since unions are an important, if fading, constituency of their party.

A secret ballot, on the other hand, allows employers to do many things. They can respond to some of the discontent, indicating that they care and that everyone is better off without a union, or they can argue about the cost to the workers of unionization.

U.S. Rep. Patrick Murphy, a Bucks County Democrat, says he supports the bill because he promised his constituency that “he would never forget where he came from.”

Murphy, whose father is a lifetime union member, argues a populist theme, saying that “the wage disparity between the top earners and the lower earners has never been wider since the Great Depression.”

He straddles between being a small-business advocate and a union supporter, and his message to businessmen fretting over passage of this bill is: “I have helped pass over $1.2 billion in tax relief, so I have helped small businesses in my district. Employees have a constitutional right to organize, and I fought to protect to the Constitution when I was in the military.”

Congresswoman Shelly Moore-Capito, West Virginia’s only House Republican, opposes the legislation, according to a spokesman, because of her belief that everyone has the fundamental right to a secret ballot.

Another problem with card-check, according to the Heritage Foundation’s Sherk, is the arbitration portion of the act which puts a government bureaucrat in charge of determining company contracts with workers. He calls it “archaic and possibly detrimental to both sides of the negotiations.”

Rockman suspects that much of the support from legislators is a pay-back to unions that spent millions of dollars and lots of time to help elect Obama to the White House and Democrats to Congress.

“View it as a favor the Democrats are returning to a currently weakened but valuable constituency,” he says.

Even so, it will be interesting to see what pressure is exerted to win passage. While a majority of Senate Democrats support the measure, some Southern Democrats have expressed queasiness; on the other hand, Pennsylvania’s Republican senator, Arlen Specter, has indicated he will consider it.