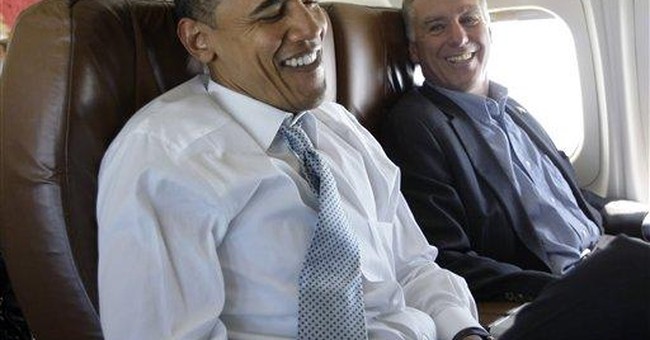 They saw the brash, unorthodox, failed presidential candidate from the tiny state of Vermont as a gift that would keep on giving. What they got instead was a low-key party-builder with a bold idea to place money and people on the ground in ruby-red states that Democrats typically wrote off.

Purdue University political scientist Bert Rockman says Dean’s “50-state strategy” – compete in every state, regardless of whether it’s Republican-red or Democrat-blue – was very controversial in Democratic circles, but it was strategically right.

Rockman stresses that Dean’s strategy would not have worked with a different kind of candidate, such as John Kerry or Hillary Clinton, because “Obama was able to mobilize hugely African-Americans, young people and other minorities.” That worked especially well for him in the South and in Indiana.

Another major factor in making this work was Obama's ground and Internet campaigns; both were textbook lessons on how to apply new technology and old-style Chicago retail politics to a presidential campaign.

But the ground game and Internet network would not have existed if Howard Dean had not pioneered them. The whole model for Obama's campaign was Dean’s; Obama even brought the 2004 Dean campaign’s Internet team to Chicago to build his own network.

When Dean burst onto the scene in 2003, he was the candidate of change who believed the best way to win was to win everywhere. His was a campaign infrastructure that believed it could stand up to the political establishment on the single most difficult issue of that time, the war in Iraq. And it was a campaign predicated on the belief that someone from outside Washington without a long D.C. resume could effectively compete with the resumes that come from Washington because people want change.

So, Dean took that philosophy, and the people-power he had built, and elbowed his way past establishment Democrats to become the DNC chairman.

He did not make a lot of friends along the way. The clashes between him and then-chairman of the Democrats’ congressional campaign, Rahm Emanuel, were spectacular during the 2006 mid-term elections. Both wanted the same outcome — a midterm sweep of Congress — yet disagreed over the path to get there. Emanuel wanted to stick to targeted districts; Dean fought for possible wins in Bush-weakened swing districts.

Dean prevailed, and so did the Democrats.

Rockman believes Dean ultimately was right. The proof is the president-elect with a healthy Democratic Congress as his wingman on policy and on the courts.

In the end, for every Republican who lost or had a close electoral shave, it is hard to separate success of the Democrats’ strategy from the impact of President Bush's deep unpopularity and a worsening financial crisis. The moon and the stars all came together to make Dean and Obama look good.

Throughout the campaign, Republicans were stunned by Dean’s strange silence, but that is what a good party chairman does. And that is what Dean ultimately became; he never became the joke his detractors expected.

Now that Democrats have won, the DNC chair will answer to whoever becomes the Obama White House’s political director, making this the time for Dean to exit his post.

So, what should be next for the good doctor from Vermont, who as governor held the distinction of having more constituents with health-care coverage than any other governor in the union? A man who was, yes, a moderate, fiscally conservative chief executive, despite the image most people have of him?

If President-elect Obama is as serious about health care as he claimed to be on the campaign trail, Dr. Dean may become his health-care czar at the Department of Health and Human Services.