Ohio's Up For Grabs 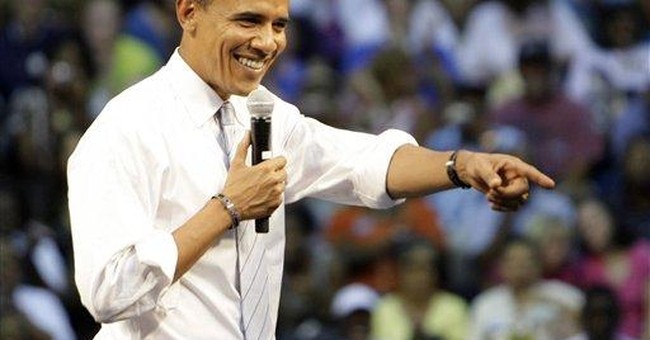 UNITY, Ohio - On a billboard in this small eastern Ohio town, white letters on a black background read: “I saw that.” The message is signed, “God.”

Yet that stark reminder shouldn’t lead you to believe that God is the only thing people talk about out here among the rolling hills and green cornfields. The presidential election is very much on the minds of regular folks.

“In some ways, I think we pay more attention to what is going on than the rest of the country,” said Samantha Steiner, a 21-year-old Ohio State University student and a registered Republican.

Steiner is spending the summer working at her cousin’s vegetable stand along Route 14; the vegetables and fruit lining the table would make a boutique market blush with envy.

“But we want to hear real, concrete answers -- not hope, not change, but how the next president’s policies affect our pocketbooks,” she explains.

Ohio is up for grabs politically. Once a stronghold for Republicans, it began trending Democrat on the eve of the 2004 general election. Had the state Democratic Party been better-organized and less of a bit player, Barack Obama probably would not be running for president because John Kerry would be the incumbent today.

“If just six Bush voters in each Ohio precinct had been persuaded to vote the other way, Kerry would be the president,” says Doug Kelly, executive director of the Ohio Democratic Party.

Kelly admits the state party was not what it should have been that cycle: “There had never been a large focus on how to build strategically something that lasts, that has strong grassroots that mobilizes voters and moves the message.”

Presidential campaigns depend on heavy lifting from state parties and the national party to help them close the deal in battleground states. Kelly contends the Ohio Democratic Party is vastly different from four years ago. “When Ted Strickland decided to run for governor in 2006, we decided that we needed to build the party from the grassroots up.”

The state party focused on winning seats statewide and boldly seized six out of seven. Its success was a combination of utilizing the national party’s field organizers, now-Gov. Strickland’s network (a U.S. congressman, he had been redistricted numerous times) and the Ohio Republican Party’s weaknesses (enhanced by gubernatorial and congressional scandals).

He, along with the Obama campaign, now wants to see those efforts pay off in the big dance.

Kelly says the state party will encourage Obama to campaign all over the state, because that is how you win Ohio. “Kerry focused on only 16 counties out of our 88,” he explains. “He won 16 and lost 72. Two years later, Strickland focused on all 88 counties. He won 72 and lost 16.”

In place to roll out an Obama barnstorm is a robust, election-winning state party infrastructure: It has raised more than $6 million (compared to $1.6 million raised by this time in 2004), recruited more than 5,000 volunteers to canvass voters and dedicated a fund to polling and micro-targeting, according to Kelly. And its own staff has increased from 10 paid staffers to 62.

“We are ready to go,” Kelly proclaims.

Yet all of this organizing, fundraising and party-building is not without its problems -- most notably, the residual effects of a primary that had Ohioans going strongly for Hillary Clinton.

Even in a town called Unity, it’s tough to find a Democrat crossing over from Clinton to Obama.

Denny Beight cannot picture himself pulling the lever for Obama in November, saying, “I have deep concerns.”

Beight, 64, a registered Democrat who owns four Vittle Village gas stations and convenience stores, voted for Clinton in the primaries. “I worry about the underlying problems of the ‘Great Society’ culture that Obama wants to govern from,” he says. “That way of governing created a movement which became a sub-society of entitlement,” something he says he sees daily with the food-stamp program in his stores.

“I have a lot more faith in McCain’s ability to make decisions that are important to our country,” he adds. “I know he is criticized by Republicans for making relationships with the Democrats. For me, that is a plus.”

Democrats who know Ohio admit to challenges ahead but still believe Obama can overcome them.

Recently, much ado was made about Gov. Strickland’s comments to a New York Times editorial board. “It’s fine to tell people about hope and change,” he told the newspaper, “but you have to have plenty of concrete, pragmatic ideas that bring hope and change to life.”

Strickland knows his state well. And while he predicted to the Trib that “Ohio will go Democratic in November,” the attitudes of the Buckeye State’s Denny Beights cannot be resting easily on the minds of Democrats who want to win here.