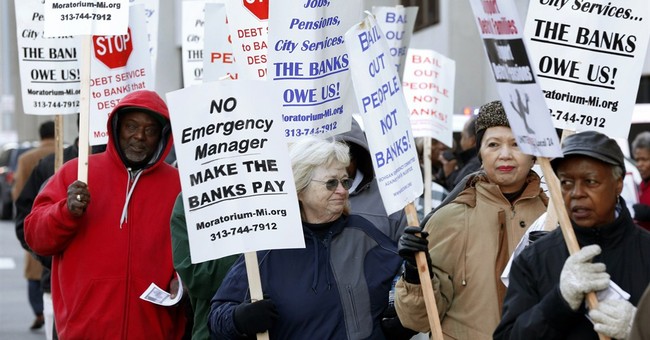 This week, the Restaurant Opportunities Center (ROC) participated in President Obama’s minimum wage press conference and jointly released new ‘research’ on minimum wage in conjunction with top Congressional Democrats. These actions cap off at least a year of coordinated political action. For top Democrats, ROC is a better ally than traditional labor unions because as a 501c3 non-profit "worker center," ROC can do and say the things that unions can't, including applying for government grants to support a questionable political agenda.

ROC United, the applicant, chose to submit the 501c3 determination letter for ROC New York, a separate legal entity founded nearly a decade prior, while indicating on the grant application that ROC United was in fact a "nonprofit with 501c3 IRS status." This action would be akin to one company providing the tax returns of another company to a government agency, passing them off as their own. In fact during the application process, the IRS informed ROC United that it should file as a 501c5, the designation reserved for labor unions, and ROC United was in the process of disputing this point with the IRS when it was awarded the grant and began work. Either ROC never disclosed this fact to the Department of Labor, or the department never noticed or cared.

ROC along with other worker centers operate in murky legal waters by acting like a union while claiming they are not. It's worth noting that the initial ROC United application to the IRS included a cut and paste on their mission and activities from their website, which apparently even to the IRS didn't pass the smell test. After applying a little hocus pocus, the IRS gave them a pass.

ROC and allied activist groups are being aided by the Obama Administration via the U.S. Department of Labor, National Labor Relations Board, Health and Human Services and the IRS that is funding these groups andconstantly lowering the bar for them to operate with total impunity. This activist infrastructure constitutes the grassroots army that reelected the president, is leading the minimum wage fight and will be critical to ramping up turnout in the upcoming midterm elections.

The smoke and mirrors employed by ROC trickle down to their talking points on issues such as minimum wage. ROC repeatedly claims that restaurant servers are only paid $2.13 an hour. This claim along with a litany of others is patently false. Servers are required by law to receive minimum wage and accordingly to BLS statistics average over $13 an hour.

ROC has undermined the public trust for too long. It's time to put an end to their lies and theatrics.