Ryan Shucard
|
Posted: Feb 16, 2019 12:01 AM
Share   Tweet
The opinions expressed by columnists are their own and do not necessarily represent the views of Townhall.com. 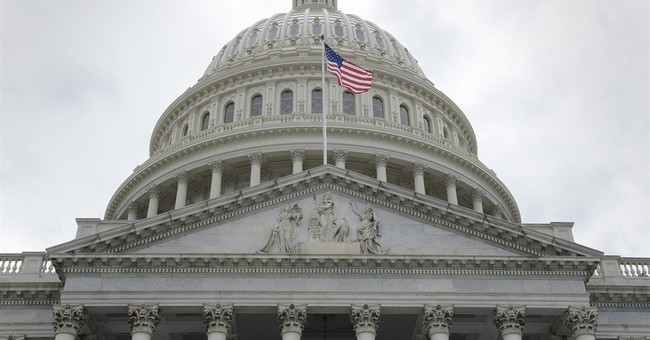 It’s no secret the federal government reigns supreme when it comes to wasting our taxpayer dollars. And we’re not talking about the “one man’s trash, another man’s treasure” sort of maxims here – we’re talking about the kind of ridiculous and sometimes shameful spending practices like shrimp treadmills, and yes, even animal experiments and torture.

From the Department of Veterans Affairs to the National Institute of Health, taxpayers foot the bill to the tune of $15 billion per year for slaughtering kittens, injecting monkeys with deadly substances, and performing painful experiments on puppies.

Despite an overwhelming majority of Americans opposing their hard-earned dollars fueling such heinous acts, the government has continued to spend money for these purposes.

At a time when our elected officials squabble over roughly $5 billion to fund President Trump’s proposal to construct additional mileage of wall and other barriers along our southern border with Mexico, Congress should step up, do their jobs, and seize a bipartisan opportunity to end taxpayer-funded animal experiments and begin debate over the reallocation of an assumed $15 billion of savings as part of a broader framework to fully fund the President’s border security measures and provide resources for other important legislative priorities.

If Congress fails to incorporate savings and/or pass legislation like the PUPPERS Act, the Trump Administration should begin looking for “additional pots of money” by ending these ridiculous and wasteful practices.

Not only is it a good pretense to staving off another government shutdown fight, it’s good politics. Whether a president rhetorically “owns” a shutdown or not, it is ultimately the responsibility of Congress to find consensus and codify solutions. Identifying and eliminating wasteful spending is chief among their responsibilities. Where there’s wide bipartisan support for defunding egregious uses of taxpayer dollars, especially when it comes to harmful animal experiments, Members of Congress must act.

Despite the 2020 election already underway, what’s the harm in brokering a deal now that’s both congressionally-driven (which is constitutionally appropriate) and fiscally sound? The People sent their representatives to Congress to get things done. They don’t expect the job will be easy, but they do expect the job to get done – and they certainly don’t expect federal employees to go unpaid and needless political mudslinging to ensue when there’s obvious solutions and massive savings on the table.

Organizations like the White Coat Waste Project have been responsible for identifying and exposing wasteful spending and Members of Congress are lining up to join their cause in supporting fact-based research and reporting as a lynchpin to accomplish a smarter, leaner, and more ethical budgetary system reflective of how taxpayers wish their dollars were spent.

Of course, this isn’t the only instance where billions are needlessly wasted by federal agencies, but it is an important indicator of just how important the legislative, and subsequently the appropriations process is to the distillation of compromise and thereby the achievement of big and permanent things.

This week, USA TODAY reported on a recent inspector general investigation at the Department of Veterans Affairs where deadly experiments were performed on dogs. Furthering the pressure were over 60 members of the House issuing a letter to VA Secretary Wilkie asking him to cease experiments until the conclusion of a study by the National Academy of Sciences. Lara Trump is also lending her support calling for an end to these practices at the VA alongside with numerous veterans organizations.

Can consensus on ending taxpayer-funded animal experiments fulfill the electorate’s desire for their representatives to “get things done”? It should. Will Members of Congress use the aforementioned legislation and similar cost-saving measures to further drain the out-of-control budgetary swamp – they ought to. And Republican Florida Representatives Matt Gaetz and Brian Mast, and Lee Zeldin (R-NY) among others, should be commended for getting things started.

Politically tactical and convenient rhetorical criticisms aside, two points remain obvious and clear: the relentless pursuit of eradicating wasteful and unethical spending practices are viable mechanisms of deal-making and taxpayer-funded animal experiments are wrong. Let that be but one important pillar in the art of this deal.