Ryan Bomberger
|
Posted: Feb 01, 2019 7:44 AM
Share   Tweet
The opinions expressed by columnists are their own and do not necessarily represent the views of Townhall.com. 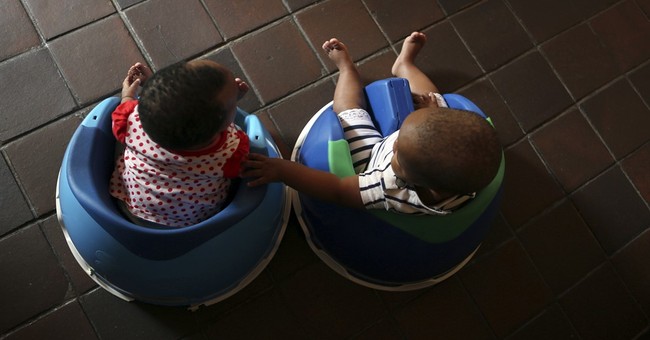 Many Americans heard the cheers of pro-abortion New York Democrats after they passed the extreme abortion bill, the Reproductive Health Act. Now the state’s laws mirror those of China and North Korea. Abortion is legal in New York for any reason and throughout the entire pregnancy. If someone kills a mother’s “wanted” unborn child in a homicidal act other than “legal abortion”, there’s no criminal statute to prosecute the attacker. New York Dems have gleefully deemed a group of human beings as ‘non-persons’.

Hmmmmm, where have we seen this before?

It’s Black History Month, and we’ve still not learned from history. Slavery. Jim Crow. KKK. Lynching. Poll Taxes. Literacy Tests. And now, Limitless Abortion. How many times does the Democrat Party need to be wrong? How many millions need to be killed, harmed and exploited for Americans—of any hue—to wake up and see abortion for what it is: systemic racism and elitism.

Over the past 10 years in New York state, overall abortion totals declined from 121,278 in 2006 to 82,189 in 2016 (the latest year reported). In a state that has 218 abortion-committing facilities and taxpayer-funded abortions, who exactly is “lacking access” to abortion? Only 15.6% of those having abortions in the Empire State pay out of pocket, according to the New York Department of Health. The rest is paid through insurance or Medicaid. In fact, 51% (or 28,893) of New York City’s nearly 56,607 abortions in 2016 were paid for by taxpayers through Medicaid. “Pro-choice” has morphed into government-mandated participation in the killing of innocent human lives in a Gosnell-style abortion utopia where no one is accountable, violence brings “equality” and women’s health is put in jeopardy. Gosnell is all giddy in his jail cell. His House of Horrors was not a morbid lesson to be learned, apparently, but a model to repeat.

Despite declining abortion numbers, abortion defenders seem hell-bent on increasing them. It’s like tobacco companies claiming they’re preventing cancer deaths by expanding access to cigarettes. But pro-abortion “progressives” turn their eugenic agenda into “concern” for the poor—the very ones they don’t think should exist because no one should be a “burden” to anyone. Poor people need an abortion, they say. You know, because having abortion ratios that are five times higher (black women) and two times higher (Hispanic women) than the majority population, respectively, just isn’t enough.

Poverty and lack of insurance are always used by pro-abortion apologists to explain higher abortion rates in the black community. Yet the NYC Mayor’s Office for Economic Opportunity reports that Asians and Hispanics have higher poverty rates (24.1% and 23.9%) than the black community (19.2%) in NYC. And, as abortion has declined in NYC, so has poverty for every demographic.

What about the uninsured? In 2016 Hispanics were uninsured at 11.9%, Asians at 8.9%, blacks at 7% and whites at 4.2%. Yet abortion rates were five times higher in the black community than Asians, four times higher than whites, and nearly twice as high as Hispanics.

Voting rights and anti-poverty activist, Fannie Lou Hamer, denounced abortion as black genocide. She was an adoptive mama and a pro-life Democrat who decried the racial targeting.

Planned Parenthood is still operating in its unchanged DNA, fashioned in the vile pseudo-science of eugenics. The billion-dollar abortion chain continually and disproportionately targets the black community, tweeting garbage like this: “If you’re a Black woman in America, it’s statistically safer to have an abortion than to carry a pregnancy to term or to give birth. #ScaryStats.” (This “abortion is safer than childbirth” rhetoric is debunked here, here, and here).

What if President Trump had tweeted this? What do you think the reaction would’ve been? Complete. SJW. Meltdown. But Planned Parenthood tweets this racist pseudoscience, and they’re heralded as “standing with [pro-abortion] black women”.

In my home state of Virginia, abortion activism has gotten so extreme, mainstream Democrats don’t even filter their words anymore. Governor Ralph Northam bizarrely announced his support for allowing a child born alive with fetal “abnormalities” to be left to die, if the mother and her doctor [abortionist who profits when the child is killed] agreed. He wasn’t even talking about a botched abortion. As someone who has several disabled siblings who had “fetal abnormalities” in utero, I shudder at the same ‘racial hygiene theory’ espoused by NAZIs freely flowing from pro-abortion Democrats’ mouths. The truly disabled are those who think killing the most powerless, the most marginalized and the most defenseless is something to celebrate.

So, this Black History Month, take a moment and think of the millions that won’t be celebrated. Think about the countless stories of struggle and triumph that will never be told because the womb to abortion pipeline is praised and defended by those who claim to fight for “equality”. There is no situation, today, more emblematic of civil rights gone wrong than in the former Party of Slavery now proudly proclaiming its status of being the Party of Limitless Abortion. As someone who was once considered “black and unwanted” but adopted and loved instead, I pray that many in the black community will awaken and understand the difference between being empowered and being fooled by those in power. Until then, the Democrat Party will keep pushing the horrific violence of abortion and making millions of blacks, history.