Ryan Bomberger
|
Posted: Feb 09, 2017 12:01 AM
Share   Tweet
The opinions expressed by columnists are their own and do not necessarily represent the views of Townhall.com. 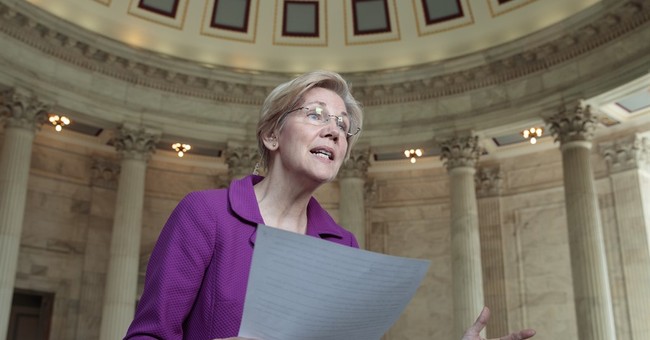 Skin color doesn’t confer upon anyone omniscience or protection from criticism. So, I’m an equal opportunity scrutinizer, especially when it comes to some of our civil rights icons. I can appreciate and celebrate their courage and accomplishments while still criticizing their words or actions steeped in lethal contradictions.

Even heroes are wrong. Dead wrong.

Coretta Scott King praised the nation’s leading eugenicist, Margaret Sanger, the founder of the leading killer of unarmed black lives--Planned Parenthood. Before accepting the 1966 inaugural Margaret Sanger award on behalf of her husband, Martin Luther King Jr., Coretta said these words: "I am proud tonight to say a word in behalf of your mentor, and the person who symbolizes the ideas of this organization, Margaret Sanger. Because of her dedication, her deep convictions, and for her suffering for what she believed in, I would like to say that I am proud to be a woman tonight."

Sanger, a member of the undeniably racist and elitist American Eugenics Society, espoused many vile views of humanity advocating forcibly sterilizing people (like my friend Elaine Riddick, sterilized by the Eugenics Board of North Carolina), segregating the “dysgenic” (people who were “unfit” to reproduce) onto farms for the entirety of their lives, targeting poorer blacks with birth control promising to erase poverty (it was called The Negro Project and it failed miserably), and “preventing the birth of defectives”.

Yes. Those were Sanger’s words. The Mother of the Birth Control Crusade described, unapologetically, what birth control was all about in Chapter 18 of her book, Women And The New Race: “Birth control itself, often denounced as a violation of natural law, is nothing more or less than the facilitation of the process of weeding out the unfit, of preventing the birth of defectives or of those who will become defectives.”

Perhaps Warren should’ve read those words to help clarify to the American people the heroes that liberal Democrats hold in high esteem.

These words made Coretta Scott King “proud to be a woman”? Really? Or, how about Sanger’s view of immigrants? The Planned Parenthood founder lobbied adamantly against allowing the legal immigration of those who didn’t fit into her eugenicist mission: “Keep the doors of Immigration closed to the entrance of certain aliens whose condition is known to be detrimental to the stamina of the race, such as feeble-minded, idiots, morons, insane, syphilitic, epileptic, criminal, professional prostitutes, and others in this class barred by the immigration laws of 1924.” Oh, but it didn’t stop there. Sanger continued: “Apply a stern and rigid policy of sterilization, and segregation to that grade of population whose progeny is already tainted, or whose inheritance is such that objectionable traits may be transmitted to offspring. The whole dysgenic population would have its choice of segregation or sterilization.”

She called this her “Plan for Peace”. If that was peace, what was war? Actually, it is violently waged within the walls of taxpayer-funded Planned Parenthood abortion facilities which daily carry out state violence in the name of “equality”—in over 320,000 abortions a year. The abortion chain is merely fulfilling its original mission of preventing the birth of “defectives”, otherwise known as children falsely labeled “unwanted” and whose deaths massively profit the abortion chain.

But King supported Planned Parenthood and many other pro-abortion organizations. In typical contradictory fashion for a civil rights Leftist, King spoke about ending bigotry and discrimination while supporting the most violent form of it. She hosted the second annual conference for the National Organization for Women in 1967, overseeing the passage of their pro-abortion “Bill of Women’s Rights” during the event. In that declaration, NOW demanded the repeal of all abortion laws: “The right of women to control their own reproductive lives by removing from penal codes the laws limiting access to contraceptive information and devices and laws governing abortion.”

Speaking at an LGBT conference—Creating Change in 2000—Coretta Scott King showed the blatant hypocrisy of a leftist movement that selectively fights discrimination and inequality: “My husband, Martin Luther King Jr., once said, ‘We are all tied together in a single garment of destiny... an inescapable network of mutuality... I can never be what I ought to be until you are allowed to be what you ought to be.’ Therefore, I appeal to everyone who believes in Martin Luther King Jr.'s dream to make room at the table of brotherhood and sisterhood for lesbian and gay people.” Who is tied together more beautifully and closely than a mother and unborn child? And how can anyone be who they “ought to be” if they can be ripped from their destiny by the violence of abortion?