Ross Marchand
|
Posted: Jun 11, 2020 10:35 AM
Share   Tweet
The opinions expressed by columnists are their own and do not necessarily represent the views of Townhall.com. 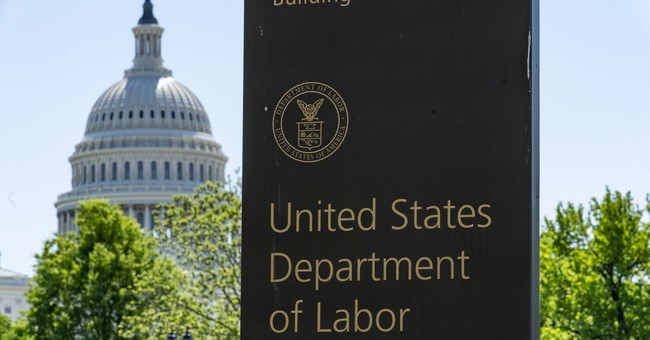 With the federal deficit quickly approaching $4 trillion, the Trump administration and lawmakers must find ways to get costs under control – and quickly. One of the best tools for accomplishing this end is contracting out services to private providers, who can fulfill essential governmental services at a fraction of ordinary costs. While federal contracting has expanded significantly over the past few decades, flimsy lawsuits promulgated by the Department of Labor (DoL) threaten to unravel these hard-won cost savings. These lawsuits allege discrimination, undoubtably a pressing problem in America today. But the DoL’s actions sabotage the struggle for genuine equality by relying on faulty statistics rather than reputable evidence. Companies doing business with the federal government can save taxpayers significant sums of money while treating their employees fairly, but only if bureaucrats stay in their lane.

As America recovers from the coronavirus pandemic, federal officials face a familiar dilemma over where and how to cut spending. Lawmakers have rightly recognized that curtailing loans to small businesses too quickly would lead to economic turmoil, which is why Congress is expanding loan forgiveness periods for the time being. Expanding contracting is a more viable way for the government to achieve savings without derailing the COVID-19 recovery effort. Prominent marketing consultant Brandon Gaille notes, “When governments calculate the cost of outsourcing compared to what it would take to do the work internally, then they must calculate the overall benefits that are possible from higher productivity levels and expertise…it is possible to save up to 30% on the cost of the work being performed without experiencing a reduction in quality.” The federal contracting process brings out the best in businesses, inviting companies to compete on price and ramp up quality in order to secure a sizable federal contract.

But this process will quickly go off the rails if the federal government doesn’t uphold its end of the bargain. Whether public or private, anyone in the business of awarding contracts needs to do so with a steady hand and avoid unnecessarily jeopardizing agreements reached with awardees. Unfortunately, the DoL has a disturbing track-record lodging dubious lawsuits against companies awarded contracts by the federal government. In particular, the Office of Federal Contract Compliance Programs (OFCCP) sued contract awardees such as Google and Oracle in the waning days of the Obama administration, alleging that these companies were guilty of discriminatory hiring and pay practices.

If the OFCCP had compelling first-hand testimony or audio collaboration of these claims, these lawsuits could be justifiable. Instead, the bureaucrats responsible for the lawsuits are relying on statistical patterns to bolster their dubious discrimination claims. In the lawsuit against Oracle, for instance, OFCCP complains that the company, “hired 82 percent Asians into the…job group during the period January 1, 2013 through June 30, 2013, exceeding the approximately 75 percent of Asians who applied…”

In other words, Oracle and other contractors are guilty of discrimination unless they hire the exact percentage of each ethnic or racial group that's applied to each job category. The DoL office also claims that Oracle pays females and minorities less for “similar roles,” without specifying how similar said roles were in their statistical analysis. Despite the bold, comprehensive regulatory reforms pursued by the Trump administration, these lawsuits remain on the books and contractors continue to be harassed by unaccountable agencies.

Unfortunately, the OFCCP has a long track-record in disregarding the rule of law and making life difficult for companies doing business with the federal government. Back in 2017, the U.S. Chamber of Commerce identified the OFCCP as an impediment to good governance and urged the office to, “abandon its transformation to an opaque, plaintiff-style enforcement agency, purposefully hostile to the contracting community and singularly focused on issuing findings of discrimination, often where none exist.”

Absent significant reforms, federal contractors will continue to face a hostile environment and think twice before doing business with bureaucrats. This reluctance is bad for taxpayers and will result in increased governmental costs if nothing is done to remedy this “plaintiff-style enforcement.” Meanwhile, the OFCCP’s actions do absolutely nothing to curb the very real problem of discrimination in American society. It’s time for the federal government to drop these ridiculous lawsuits and allow contractors to continue to cut costs for taxpayers.