NASA May Not Be Sexist, But It Sure Is Wasteful

Ross Marchand
|
Posted: Apr 02, 2019 10:45 AM
Share   Tweet
The opinions expressed by columnists are their own and do not necessarily represent the views of Townhall.com. 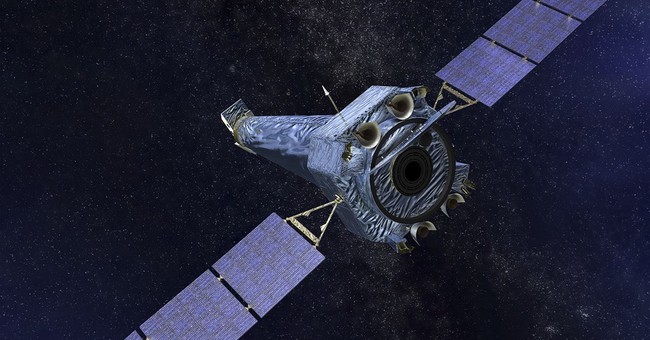 It’s a sign of the times when the National Aeronautics and Space Administration (NASA) gets flack for nixing its (unintentional) first all-female spacewalk due to logistical issues (read: a wardrobe malfunction). America’s space agency may not be woke, but the patriarchy should be the least of NASA’s concerns. If anything, the lack of providing the proper uniforms should be a red flag for the agency’s other expenditures.  From billion-dollar cost overruns to bizarre mission priorities, the agency lost its groove years ago and threatens to engulf taxpayers in a mountain of debt. Instead of focusing on gender optics, critics should demand fundamental reforms from the agency.

On March 26, Vice News somberly reported that NASA cancelled what was supposed to be the first all-female (two female) spacewalk, because the agency had the wrong-sized spacesuits. According to Vice reporter Carter Sherman, “Women have long struggled to fit into NASA’s spacesuits. Budget shortfalls have previously left NASA with only medium, large, and extra-large sizes.” This is an odd attribution, given NASA record of budgets. NASA’s FY budget of $21.5 billion is the agency’s biggest budget since 2010, and the president’s proposed budget released in March keeps the agency’s budget above $21 billion for 2020.

These totals are being fueled by record high planetary science funding which goes toward missions to explore planets and moons. Notably, the proposed 2020 budget includes “approximately $600 million for a mission to Jupiter’s moon Europa that would launch in 2023.” To regular observers of NASA shenanigans, this budget refers to the Europa Clipper program, which has experienced frequent, significant cost overruns costing taxpayers tens of millions. NASA has already had to remove a significant instrument called the Interior Characterization of Europa Using Magnetometry (ICEMAG) from the mission after a February 2019 review found that ICEMAG costs ballooned to $45.6 million or roughly three times the original estimated cost. The decision to remove the instrument altogether, rather than scale it back and accept a cheaper, alternative design, has been met with heated criticism by scientists.

The mission is likely not worth its $2 billion price tag if it can’t adequately measure the properties of Europa’s oceans which may hold simple lifeforms. In fact, in its 2011 Decadal Survey, NASA assessed that a mission to Europa should not be a high priority unless far more resources were available. Fortunately for mission backers, members of Congress were determined to have taxpayers foot the bill for a galactic wild goose chase. Former Rep. John Culberson (R-TX) used his position as chair of the House Appropriations Commerce-Justice-Science (CJS) subcommittee to steer money into the project year after year. Suddenly a non-priority became a priority due to the whims of a “planetary science enthusiast who is convinced there is life in Europa’s ocean.”

NASA is also facing problems in planning some of its higher-priority missions, such as the Mars 2020 rover mission. Despite whispers in the scientific community that the mission was facing cost overruns due to more-expensive-than-anticipated instruments, NASA refused to admit overruns until the release of their budget proposal on March 18. Even then, the acting director of NASA’s planetary sciences division refused to state how much the overrun set back taxpayers and only said that the new cost was within 15 percent of the originally agreed-upon cost. That’s significant, because anything over 15 percent would require congressional notification and a fundamental reworking of the mission. Coincidence?

Even if this threshold is reasonable, it's simply unacceptable that NASA sees itself as above promptly informing the public of its cost overruns and justifying mission alterations to the scientific community. Historically-high NASA spending continues because members of Congress care more about spacewalk photo opportunities and recycled alien life “news stories” than fiscal accountability. Until lawmakers hold NASA’s feet to the fire and demand that the agency sticks to priorities and guards against cost overruns, they will continue to spend like a drunken cosmonaut and send astronauts to do jobs without the proper outer space wear.