What Sort of Change Does Obama Have in Mind? 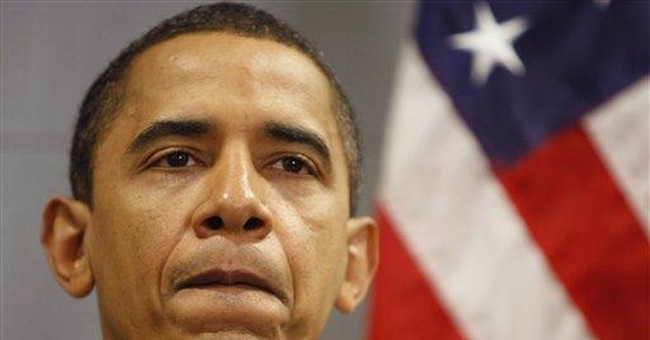 In the contemporary environment of all Obama all the time, who does not know that, come Tuesday, the nation will have a new president?

Barack Obama arrives at the presidency bearing the goodwill of many (including your correspondent) and the messianic hopes of many more. The latter group has elevated him above criticism. Jesse Jackson sees in him "theological qualities." Congressman Bobby Rush, who once opposed him, regards his election as part of God's plan. A press that Obama does not particularly like accords him a reverence comparable only to media adulation of JFK.

Yet as a people we know precious little about Obama, at least partly because a national press, consumed with combing Wasilla, Alaska, to get the goods on Sarah Palin, could muster neither the resources nor the interest -- nor hence the will -- to plow the Chicago garden in which Obama (and, e.g., Illinois Gov. Rod Blagojevich) took political root. Odd -- isn't it? -- Obama's conspicuous silence about the all-consuming corruption in Chicago and Illinois, despite his eloquence about its ill effects in, for instance, the Kenya of his heritage.

Either by nature or by choice, Obama is opaque. If by choice, the decision may flow from his discipleship of extremist Saul Alinsky (another Alinsky disciple: Hillary Clinton), who urged ideologically compatible pols to say or do whatever they must to win elections while revealing as little as possible about their beliefs.

Tellingly, Obama has written that, in 1983, college classmates inquired what he would be doing in his chosen profession as a community organizer: "I couldn't tell them directly. Instead, I'd pronounce on the need for change -- change in the White House, change in the Congress, change in the mood of the country."

Obama does indeed have the potential to be a transformational president, to move the country from what it is toward something else. He has buckets of money, popular support, and a Congress pliant as rarely before. He has disclosed little about his intentions by what he has said, but much by the company he has kept (for instance Bill Ayers and the Rev. Jeremiah Wright) and now by the appointments he is making.

A multiplicity of Clinton administration retreads. An attorney general who (1) led the Justice Department effort to return Elian Gonzalez to the arms of Fidel Castro and (2) worked to commute the sentences of two Weather Underground domestic terrorists. A labor secretary who is the daughter of a Teamster. A treasury secretary who has had to explain why he did not fully pay his income taxes. An education secretary who (1) as superintendent in Chicago oversaw schools whose students still greatly lag national averages in English and math, and (2) urged creation of a separate-but-equal school for students with alternative affectional preferences.

Communications-team recruits from adamantly leftist lobbies. Science and energy appointees who embrace Al Gore's "green" agenda on issues from drilling and the climate and automobile mileage standards to coal and nuclear power and "alternative" fuels. In foreign policy, those who stress rapping with terrorists and downplay the need -- even ultimately -- to intervene. But, on the economy, an army of militant interventionists who, with all barriers now collapsed, will roll the federal juggernaut into private (and private-sector) lives to an extent unscreened in even the most ghoulish nightmares.

So to borrow from the Johnny Carson Show, Heeeere's Barack!

He will be the nation's first minority president, and that is good. (Note: During the campaign, Obama reportedly met several times with the Episcopal Church's first homosexual bishop, Eugene Robinson, as he tried to get a handle on what it means to be "the first.") And unquestionably -- in concert with Nancy Pelosi, Harry Reid, Barney Frank, et al. -- he will accomplish change. But change to what?

Given the amalgam that is his constituency, will he oppose easing (or lifting) the military's Clinton-imposed "don't ask don't tell" policy? Will he resist Big Labor demands for still more anti-business advantages in union organizing drives? Will he, as he said in July, "end this war (in Iraq) -- my first day in office"? And bomb Pakistan, as he famously suggested? And talk Iran out of developing nuclear weapons to rub out Israel and terrorize the Western world?

Biographer David Mendell has noted about Barack Obama "an ingenious lack of specificity." That has helped make him, even now, essentially a blank slate. Some years back, a Democratic operative told Rolling Stone, "People don't come to Obama for what he has done. They come because of what they hope he can be."

He could be, likely will be, a transformational president. In his ideological predilections and in his appointments, one finds key indicators of what sort of transformation -- what sort of change -- he has in mind. They don't make for easy sleeping. Goodwill for Obama, and high hopes for his presidency? Of course. Still, for the nation, the signs provide little comfort. Maybe that is because not all change is for the better. Going to hell is a form of change, too.