Ron Paul
|
Posted: Dec 19, 2016 12:57 PM
Share   Tweet
The opinions expressed by columnists are their own and do not necessarily represent the views of Townhall.com. 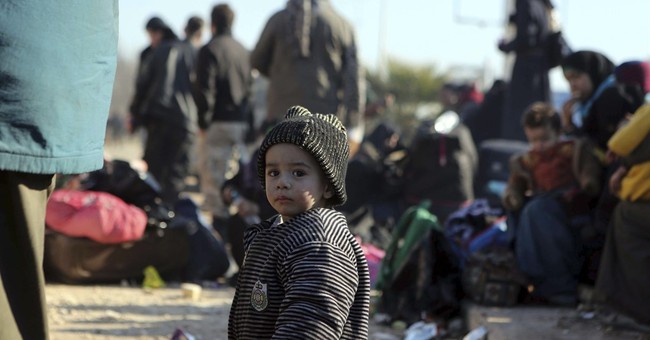 Over the past week, eastern Aleppo was completely brought back under control of the Syrian government. The population began to return to its homes, many of which were abandoned when al-Qaeda-linked rebels took over in 2012.

As far as I know, the western mainstream media did not have a single reporter on the ground in Aleppo, but relied on "activists" to inform us that the Syrian army was massacring the civilian population. It hardly makes sense for an army to fight and defeat armed rebels just so it can go in and murder unarmed civilians, but then again not much mainstream reporting on the tragedy in Syria has made sense.

I spoke to one western journalist last week who actually did report from Aleppo and she painted a very different picture of what was going on there. She conducted video interviews with dozens of local residents and they told of being held hostage and starved by the "rebels," many of whom were using US-supplied weapons supposed to go to "moderates."

We cannot be sure what exactly is happening in Aleppo, but we do know a few things about what happened in Syria over the past five years. This was no popular uprising to overthrow a dictator and bring in democracy. From the moment President Obama declared "Assad must go" and approved sending in weapons, it was obvious this was a foreign-sponsored regime change operation that used foreign fighters against Syrian government forces. If the Syrian people really opposed Assad, there is no way he could have survived five years of attack from foreigners and his own people.

Recently we heard that the CIA and Hillary Clinton believe that the Russians are behind leaked Democratic National Committee documents, and that the leaks were meant to influence the US presidential election in Donald Trump's favor. These are the same people who for the past five years have been behind the violent overthrow of the Syrian government, which has cost the lives of hundreds of thousands. Isn't supporting violent overthrow to influence who runs a country even worse than leaking documents? Is it OK when we do it? Why? Because we are the most powerful country?

We are a country sitting on $20 trillion in debt, living far beyond our means. Power can oftentimes be an illusion, and in any case it doesn't last forever. We can be sure that the example we set while we are the most powerful country will be followed by those who may one day take our place. The hypocrisy of our political leaders who say one thing and do another does not go unnoticed.

We should end that hypocrisy starting with Syria. That government, along with its allies, seems to be on track to take their country back from ISIS, al-Qaeda, and other terrorist groups. The only sensible Syria policy is for the US to stop trying to overthrow their government, to treat others as we wish to be treated ourselves. It is a rule that is always good to remember, but perhaps especially important to recall at this time of year.