Government Can't Help; It Can Only Hurt

Ron Paul
|
Posted: Jun 01, 2016 4:30 PM
Share   Tweet
The opinions expressed by columnists are their own and do not necessarily represent the views of Townhall.com. 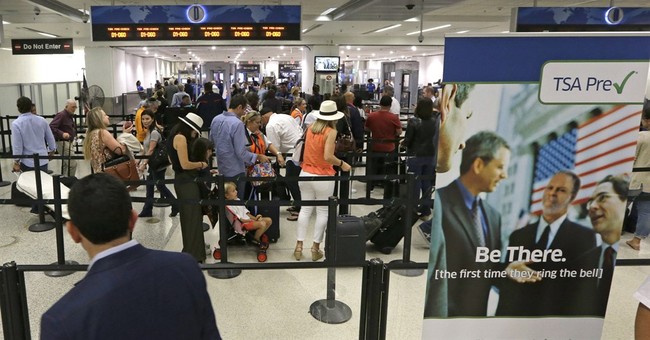 Three recent stories regarding three government agencies — the IRS, the Transportation Security Administration (TSA), and the Department of Veterans Affairs (VA) — show why we should oppose big government for practical, as well as philosophical, reasons.

In recent months, many Americans have missed their flights because of longer-than-usual TSA security lines. In typical DC fashion, the TSA claims the delays are because of budget cuts, even though Congress regularly increases the TSA’s funding!

The TSA is also blaming the delays on the fact that few Americans have signed up for its “PreCheck” program. Under PreCheck, the TSA considers excusing some Americans from some of the screening process. Those who wish to be considered must first submit personal information to the TSA and pay a fee. Only a bureaucrat would think Americans would be eager to give the TSA more information and money on the chance that they may be approved for PreCheck.

The TSA is much better at harassing airline passengers than at providing security. TSA agents regularly fail to catch weapons hidden by federal agents testing the screening process. Sadly, Congress will likely reward the TSA's failures with continued funding increases. Rewarding the TSA’s incompetence shouldn’t surprise us since the TSA owes its existence to the failure of government to protect airline passengers on 9/11.

The head of the VA also made headlines last week when he said it is unfair to judge the VA by how long veterans have to wait for medical care, since no one judges Disney World by how long people have to wait in line. Perhaps he is unaware that no one has ever died because he waited too long to go on an amusement park ride.

For years socialized medicine supporters pointed to the VA as proof that a government bureaucracy could deliver quality health care. The stories of veterans being denied care or receiving substandard care demolish those claims.

If Congress truly wanted to ensure that veterans receive quality health care, it would stop forcing veterans to seek health care from a federal bureaucracy. Instead, government would give veterans health-care vouchers or health savings accounts and allow them to manage their own health care. Congress should also dramatically reduce the costs of providing veterans care by ending our militaristic foreign policy.

Another story last week highlights the one thing government does do well: violate our rights. The House Judiciary Committee held a hearing on impeaching IRS Commissioner John Koskinen over his role in the IRS's persecution of conservative organizations.

Those who value liberty and constitutional government should support impeaching Koskinen. However, truly protecting Americans from IRS tyranny requires eliminating the income tax. Despite the claims of some, a flat tax system would still require a federal bureaucracy to ensure Americans are accurately reporting their income. Since the income tax is one of the foundations of the welfare-warfare state, it is folly to think we can eliminate the income tax without first dramatically reducing the size and scope of government.

The TSA, VA, and IRS are just three examples of how government cannot effectively provide any good or service except authoritarianism. Individuals acting in the free market are more than capable of providing for their own needs, including the need to protect themselves, their families, and their property, if the government gets out of the way.