Do We Really Need to Bring Back Internment Camps? 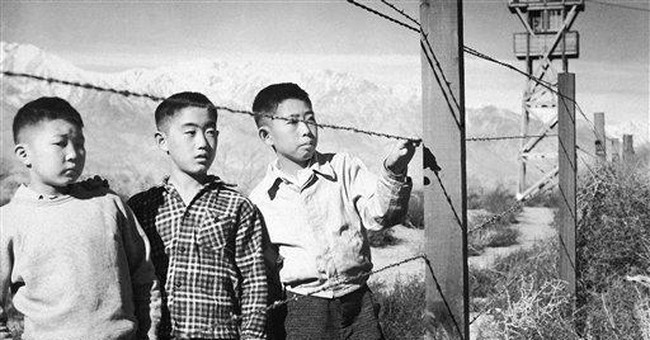 Last week, Retired General Wesley Clark, who was NATO commander during the U.S. bombing of Serbia, proposed that "disloyal Americans" be sent to internment camps for the "duration of the conflict." Discussing the recent military base shootings in Chattanooga, TN, in which five US service members were killed, Clark recalled the internment of American citizens during World War II who were merely suspected of having Nazi sympathies. He said: "back then we didn't say 'that was freedom of speech,' we put him in a camp."

He called for the government to identify people most likely to be radicalized so we can "cut this off at the beginning." That sounds like "pre-crime"!

Gen. Clark ran for president in 2004 and it's probably a good thing he didn't win considering what seems to be his disregard for the Constitution. Unfortunately in the current presidential race Donald Trump even one-upped Clark, stating recently that NSA whistleblower Edward Snowden is a traitor and should be treated like one, implying that the government should kill him.

These statements and others like them most likely reflect the frustration felt in Washington over a 15 year war on terror where there has been no victory and where we actually seem worse off than when we started. The real problem is they will argue and bicker over changing tactics but their interventionist strategy remains the same.

Retired Army Gen. Mike Flynn, who was head of the Defense Intelligence Agency during the US wars in Afghanistan and Iraq, told al-Jazeera this week that US drones create more terrorists than they kill. He said: "The more weapons we give, the more bombs we drop, that just ... fuels the conflict.

It is probably almost inevitable that the warhawks will turn their anger inward, toward Americans who are sick of the endless and costly wars. The U.S. loss of the Vietnam war is still blamed by many on the protesters at home rather than on the foolishness of the war based on a lie in the first place.

Canceling a passport means removing the right to travel, which is a kind of virtual internment camp. The person would find his movements restricted, either being prevented from leaving or entering the United States. Neither of these measures involves any due process or possibility of appeal, and the government's evidence supporting the action can be kept secret.

We should demand an end to these foolish wars that even the experts admit are making matters worse. Of course we need a strong defense, but we should not provoke the hatred of others through drones, bombs, or pushing regime change overseas. And we must protect our civil liberties here at home from government elites who increasingly view us as the enemy.