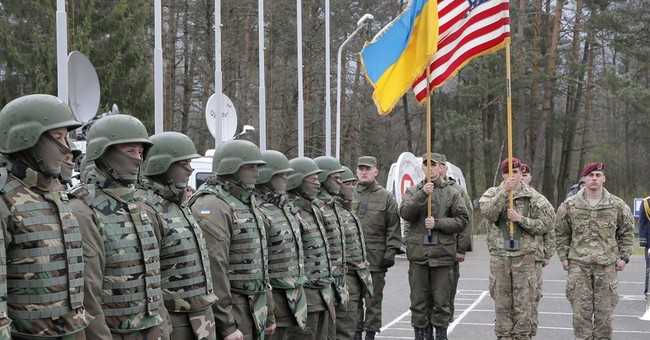 Last week two prominent Ukrainian opposition figures were gunned down in broad daylight. They join as many as ten others who have been killed or committed suicide under suspicious circumstances just this year. These individuals have one important thing in common: they were either part of or friendly with the Yanukovych government, which a US-backed coup overthrew last year. They include members of the Ukrainian parliament and former chief editors of major opposition newspapers.

While some journalists here in the U.S. have started to notice the strange series of opposition killings in Ukraine, the U.S. government has yet to say a word.

Compare this to the U.S. reaction when a single opposition figure was killed in Russia earlier this year. Boris Nemtsov was a member of a minor political party that was not even represented in the Russian parliament. Nevertheless the U.S. government immediately demanded that Russia conduct a thorough investigation of his murder, suggesting the killers had a political motive.

As news of the Russian killing broke, Chairman of the House Foreign Affairs Committee Ed Royce (R-CA) did not wait for evidence to blame the killing on Russian president Vladimir Putin. On the very day of Nemtsov's murder, Royce told the US media that, "this shocking murder is the latest assault on those who dare to oppose the Putin regime."

Neither Royce, nor Secretary of State John Kerry, nor President Obama, nor any U.S. government figure has said a word about the series of apparently political murders in Ukraine.

On the contrary, instead of questioning the state of democracy in what looks like a lawless Ukraine, the Administration is sending in the U.S. military to help train Ukrainian troops!

Last week, just as the two political murders were taking place, the U.S. 173rd Airborne Brigade landed in Ukraine to begin training Ukrainian national guard forces - and to leave behind some useful military equipment. Though the civil unrest continues in Ukraine, the U.S. military is assisting one side in the conflict - even as the U.S. slaps sanctions on Russia over accusations it is helping out the other side!

As the ceasefire continues to hold, though shakily, what kind of message does it send to the US-backed government in Kiev to have U.S. troops arrive with training and equipment and an authorization to gift Kiev with some $350 million in weapons? Might they not take this as a green light to begin new hostilities against the breakaway regions in the east?

The Obama administration is so inconsistent in its foreign policy. In some places, particularly Cuba and Iran, the administration is pursuing a policy that looks to diplomacy and compromise to help improve decades of bad relations. In these two cases the administration realizes that the path of confrontation has led nowhere. When the president announced his desire to see the end of Cuba sanctions, he stated very correctly that, "...we are ending a policy that was long past its expiration date. When what you're doing doesn't work for fifty years, it's time to try something new."

So while Obama is correctly talking about sanctions relief for Iran and Cuba, he is adding more sanctions on Russia, backing Saudi Arabia's brutal attack on Yemen, and pushing ever harder for regime change in Syria. Does he really believe the rest of the world does not see these double standards? A wise consistency of non-interventionism in all foreign affairs would be the correct course for this and future US administrations. Let us hope they will eventually follow Obama's observation that, "it's time to try something new."