After a Twelve Year Iraq Mistake, Time to March Home 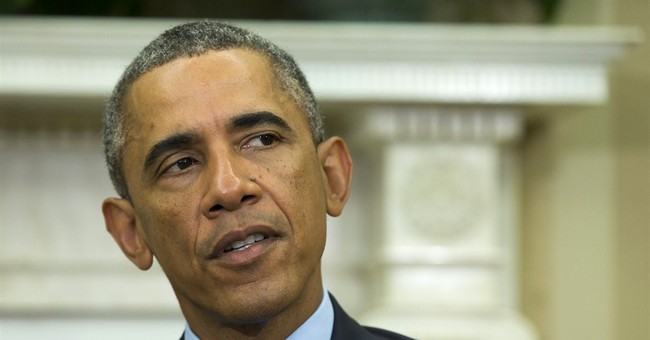 Twelve years ago last week, the U.S. launched its invasion of Iraq, an act the late General William Odom predicted would turn out to be "the greatest strategic disaster in U.S. history."

Before the attack I was accused of exaggerating the potential costs of the war when I warned that it could end up costing as much as $100 billion. One trillion dollars later, with not one but two "mission accomplished" moments, we are still not done intervening in Iraq.

President Obama last year ordered the U.S. military back into Iraq for the third time. It seems the Iraq "surge" and the Sunni "Awakening," for which General David Petraeus had been given much credit, were not as successful as was claimed at the time. From the sectarian violence unleashed by the U.S. invasion of Iraq emerged al-Qaeda and then its more radical spin-off, ISIS. So Obama sent the U.S. military back.

We recently gained even more evidence that the initial war was sold on lies and fabrications. The CIA finally declassified much of its 2002 National Intelligence Estimate on Iraq, which was the chief document used by the Bush Administration to justify the U.S. attack. According to the Estimate, the U.S. Intelligence Community concluded, "[W]e are unable to determine whether [biological weapons] agent research has resumed... the information we have on Iraqi nuclear personnel does not appear consistent with a coherent effort to reconstitute a nuclear weapons program."

But even as the U.S. Intelligence Community had reached this conclusion, President Bush told the American people that Iraq, "possesses and produces chemical and biological weapons" and "the evidence indicates that Iraq is reconstituting its nuclear weapons program."

Likewise, Defense Secretary Donald Rumsfeld's "bulletproof" evidence that Saddam Hussein had ties with al-Qaeda was contradicted by the National Intelligence Estimate, which concluded that there was no operational tie between Hussein's government and al-Qaeda.

Even National Security Advisor Condolezza Rice's famous statement that the aluminum tubes that Iraq was purchasing "are only really suited for nuclear weapons programs, centrifuge programs," and "we don't want the smoking gun to be a mushroom cloud," was based on evidence she must have known at the time was false. According to the NIE, the Energy Department had already concluded that the tubes were "consistent with applications to rocket motors" and "this is the more likely end use."

It is hard to believe that in a society supposedly governed by the rule of law, US leaders can escape any penalty for using blatantly false information - that they had to know at the time was false - to launch a pre-emptive attack on a country that posed no threat to the United States. The fact that they got away with it simply makes it all the easier for Washington's interventionists to try the same tricks again. They already did with Libya and Syria. It is likely they are also doing the same with claims of a Russian "invasion" of Ukraine.

Last week President Obama correctly blamed the current chaos in Iraq on the Bush Administration's decision to invade. He said, "... ISIL is a direct outgrowth of al Qaeda in Iraq that grew out of our invasion. Which is an example of unintended consequences. Which is why we should generally aim before we shoot."

However, if the U.S. intervention in Iraq created the "unintended consequences" of ISIS and al-Qaeda, how is it that more US intervention can solve the problem?

A war based on lies cannot be fixed by launching another war. We must just march home. And stay home.