Financial Crisis, Who's to Blame? 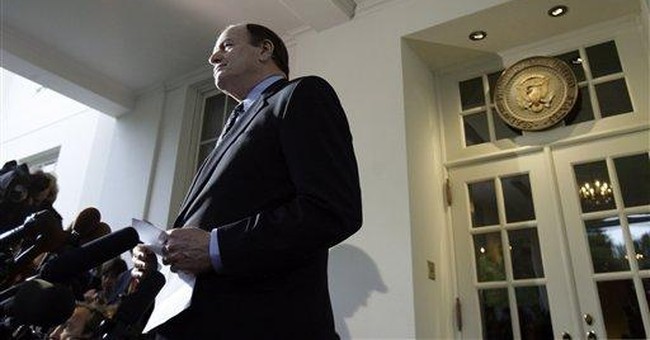 Senator Chuck Shummer held a press conference several months ago and talked about reading a Countrywide rate sheet. He found the "option arm" had many different rates, margins (profit margins) and prepayment penalties. He said the higher the margin the longer the prepayment penalty and the more the loan officer made which seemed wrong, and decided mortgage brokers were the problem. (Who's rate sheet was that?) A few months later he failed to call a press conference to mention that he had leaked confidential information to the press that caused a run on IndyMac Bank which contributed greatly to IndyMac's demise. Consumer advocates have castigated lenders in the mortgage industry for producing "liar loans" which are stated income loans for wage earners but failed to find any fault in the liars who filled out the loan applications and got the loans. The news media identified the entire credit crisis as "the sub prime crisis" without knowing what a sub prime loan was or wasn't, who offered them and who didn't and whether anyone actually was helped by the loan and/or paid any sub prime loan back. The government bailed out Fannie Mae and Freddie Mac because of all the bad loans they had made (not true) but skipped the fact that Freddie and Fannie's loss came on Wall Street when they bought derivatives backed by other lenders non- performing loans. Which gets us to Wall Street who loved all of the action created by the housing boom and the mortgage lending explosion until it turned against them and then identified the problem as the "mark to market" which came with Sarbanes Oxley and the short selling of their companies. I didn't hear them complain to Congress or the Administration about these things nor did I hear anything about the changing of the short selling "uptick rule"until their ox got gored by the change. And the beat goes on!

I could stop right here and chalk up the entire thing to greed which of course is human nature but what would we learn from that? It is however, safe to say, anyone who was active during the last 8 years in the field of finance and can pass a mirror-under-the-nose test was probably as much of the cause as anyone else. Let‘s see, if we put a builder, a realtor, a mortgage broker, a lender, a real estate investor (flipper), a stock broker, a Wall Street officer, the head of the big firms that have bit the dust (Wamu, Countrywide, Merrill Lynch, Bear Stearns, AIG, etc.) and my favorite politicians starting with Chuck Shummer but certainly not ending there, and the question was asked who was at fault, would anyone get two votes? Maybe Chuck! We could start as they would on CSI and try to figure out who had the most to gain.. Nah, that won't work. Or then we could try to see who had the most to lose? Does losing everything count? Would we all feel better if there was a villain, especially if they had a recognizable name? Greenspan, Paulson, Bernanke, Bush, Shummer (he seems to make all the lists) or maybe Angelo Mazzilo from Countrywide? Too easy to do and then we would have to have the trial of the century and someone would spill the DNA, so why bother.

I haven't taken off on the politicians yet, but it is an election year (as if there isn't a non election year anymore) and I don't won't politics to muddle up this story as it does everything else. I must say that the Dems blame the Republicans for deregulating Wall Street even though Bill Clinton signed the bill and Obama's financial adviser Richard Rubin blessed it as he was the Secretary of the Treasury at the time. But don't forget John McCain reportedly signed it. The only problem with all of this is nobody has proven that deregulation had anything to do with or was even a contributor to the caption of this column.

We all have heard from almost everyone we know as to what the solution is to the problem we haven't yet defined. We know the credit market isn't working and we know our economy is built on credit so we can assume that is the major problem. But I still want to cast my vote for the downturn in real estate as the major problem. I say this because everyone would agree if real estate turned around then half of the problem would disappear. Values of the troubled loans would be heading up and that would solve three quarters of the problem which is probably as good as it gets.

One of the important points you might get from all this is that greed is universal. People on top, those in the economic middle and the lowest rung in our society all have it and will do almost anything to make it work for them. Some say the higher up you go the more greed. Could be. The real importance lesson from my point of view is that excesses are always a problem. The sooner we choose to recognize them the less chance the correction will be a bad one. Unfortunately we didn't recognize this in the late 90's when we saw the stock market going to a new galaxy and less than a decade later we missed it again in the real estate market. The answer may just be a modern day Paul Revere who goes around and gives us the warning. Now, if we could only find one!

The problem we face now is the election. Many of our citizens are ready "to throw the bums out" without checking who we would be ushering in. If you believe the mess could have been controlled, or even stopped by the executive branch then you have a clear picture for yourself. If you think it was caused by the legislative branch then you have another picture. If you think they all are to blame what are you going to do? I would suggest that you do the research, but to most Americans it means grab a sound bite and run with it. So when all that I have been talking about boils down to the lower common denominator maybe, just maybe we are the cause of the mess because we are just too busy to find out what is or isn’t going on and what we should do about it. If we don't the cure could turn out to be worse than the illness.