What's So Fascinating About False And Negative Advertising 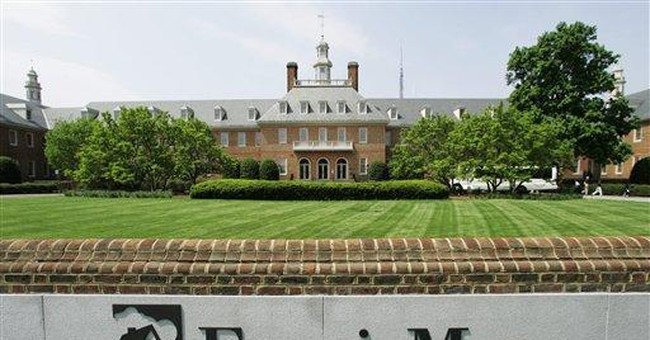 No matter how much pain-emotional, physical or financial-comes from advertising that doesn't meet the smell, moral or legal test, we as a nation embrace it and cite all types of arguments to allow its existence. Why? "Don't ever threaten my first amendment rights" is the clarion call of the protectors of our freedom; however, no one would argue it is okay to yell "fire" in a crowded movie theater as a false alarm.

When an advertisement misleads people into risky financial situations and causes them to lose their money, their homes and even their lives, why is this different than yelling "fire?" Is it because the reaction or consequence are delayed, or is it because we don't employ the censors we need as a nation to keep the garbage off the air. I believe that most Americans would love to have truth in advertising and be able to make informed decisions from what they hear, see or read. How do we ever get to that point? There are some solutions.

The number-one solution is for every industry to supervise its own companies. In California, that actually used to happen in the mortgage business when the real estate commissioner's office reviewed all advertising before it could go public. Now the office spends its time checking applicants for felonies and dispatching those who have recent felonies.

Second, people who are employing the services or purchasing the goods of those who advertise need to understand four basic points that will help them identify who is for real and who isn't; what is the truth and what isn't; and whether the goods and services advertised help the general good and/or promote the general welfare of this society. The four are as follows:

Risk/reward ratio: The equation that will show you what reward you will receive by taking the action you are contemplating. In the past week, we have seen a major bank close and some depositors getting hurt. The first question you need to ask yourself is "Why use that bank?"

Is the risk of placing your money in a bank you most likely hadn't heard of worth the reward? Regardless of the outcome I wouldn't have considered that a good return on the investment. A substantial amount of money plus a world of worry can be saved if you consider this ratio every time you are prepared to act financially.

Cheap vs. inexpensive: I know it seems silly to bring something up as basic as this, but you would be surprised at the number of people who simply don't get it. "Inexpensive" is getting something of the same value at a lower price than is currently being offered. "Cheap" is getting something of a lesser value for a lower price. In either case you are "saving money" but you are only getting value in one of the propositions. A simpler way of putting it is being sure you are comparing apples to apples when you decide whether it is inexpensive or cheap.

Too good to be true: I have found over the years that almost everything that appears to be too good to be true generally is. This caused me to develop a philosophy that questions why anyone would want to give me something that is better than anyone else would get, without knowing me.

An adjunct to this philosophy is my belief that I probably do not know more than the average person in anything but the field that I am in. Therefore, I never believe that I have uncovered something by accident that can make me rich.

Free advice is well priced. All of us have relatives and friends who are sure that they are experts in all the financial fields that exist and want to share their "knowledge." This is meant as a favor from them to us and also a way for us to appreciate them to a far greater degree than we do now. With this in mind, be wary of your "Uncle Fred," full of tips "just for you." Free advice may be the most costly advice you will ever receive-whether it comes from your real uncle sitting next to you at Thanksgiving or the guy in the next seat during your morning commute.

The final and most effective way to stop the insanity is not simply to avoid companies whose game plan is to mislead, trick or simply smile as they lie directly into the microphone, but to punish them economically. How in the world can you do that? Make sure that you are as diligent in exposing them as you would be in promoting them.

How many times have you told friends and acquaintances about a great meal, good movie, wonderful cruise or any other fantastic experience? Are you as vocal when it comes to the opposite: a negative experience? I, for one, regularly expose faulty advertising that I see or hear in the financial market in my columns and broadcasts. You can generally tell the perpetrators because they always add a line that is totally over the top. It could be a seemingly innocent statement such as "Nobody can do what ------ can do" or it can be right in your face (I suppose that makes it more realistic) with a comment such as "It's our money and it's our rules." Then there are the out-and-out phonies with commercials that start as if they have interrupted a conversation: "Oh, are we on the air now?" This could possibly work if you heard it once, but by the fourth or fifth time, you have caught on.

The sad part of all this is that in a free society you are free to be taken in by some, cheated by others, or helped by a few. I am certainly not advocating a new "advertising police" and that is the main reason for my four rules. Freedom means taking care of yourself first and foremost, so have at it.