Fighting Radical Islam in Afghanistan Must Be Priority 1 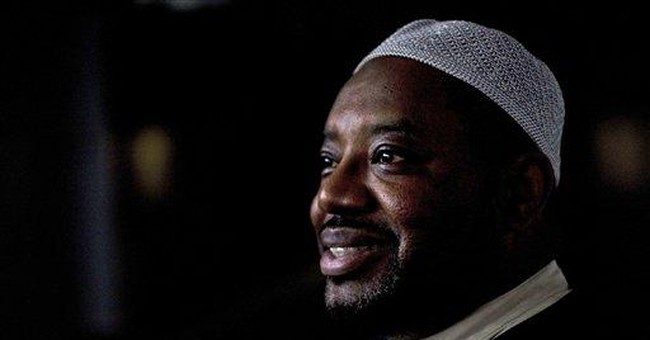 The real question concerning our strategy in Afghanistan is whether we are willing to go all-out in adopting a winning game plan or continue the current holding pattern that won’t win the war but won’t lose it now either. The latter would exhaust the American public’s limited patience – this because of an unending and costly war with nothing to show for it, and ultimately lead to a U.S. withdrawal, a stronger al-Qaeda presence and total disaster.

Our holding pattern would undermine the Pakistanis’ already questionable confidence and resolve while positioning the Taliban to infiltrate of Pakistan, with a risk of them gaining access to Pakistan’s nuclear weapons. Some could wind up in the hands of Iran, al Qaeda or other terrorist groups for early use against our homeland.

Be aware that a prestigious, congressionally authorized commission warned that a single nuclear missile, fired from a freighter off our coast and detonated some 300 miles above Omaha, could wipe out virtually our entire electric power grid and water pumping systems with what is known as an electromagnetic pulse (EMP) effect. 70 to 90% of our population would die from starvation and disease within one year. Yet the Obama administration is currently ramping down our missile defense systems.

The radicals would also tap into millions of madrassa-brainwashed Islamic fanatics who could be deployed as foot soldiers in insurgencies across the Middle East and beyond.

If we are to prevail against radical Islam we must accept this fundamental premise:

We are locked in a life or death worldwide struggle with radical Islam, which is irreversibly dedicated to our and Israel’s destruction and the domination of western civilization. If we are to survive we have no rational choice but to destroy the radicals and their power structure wherever they are. They are a cancer that must be totally excised if we are to avert a nuclear and/or biological doomsday. Let us also recognize these hard realities:

1. It will likely require a minimum of 500,000 to 1 million additional troops in the Afpak region to get the job done. Because we will not accept these levels of U.S. forces or the resulting casualties, we must assemble a permanent International Freedom Force (IFF). It would be individually recruited and serve under U.S. command. Even if less professional, overwhelming force trumps sophistication in combating an insurgency.

2. No longer should we depend on corrupt, hopelessly flawed governments in countries we’re trying to rescue. Take over and run things ourselves until we can make them reasonably functional. Forget sovereignty and popularity contests.

3. Shutdown the many thousands of radical madrassa schools now churning out future hordes of insurgents. And no longer permit the radicals’ mountain sanctuaries in Pakistan. Nothing should be off-limits.

4. The same thinking must be applied to Saudi Arabia and other radical Islamic facilitators. Change your ways or we’ll put you out of business.

Let’s demand that the Gulf States impose at least a $20 surcharge on all their oil exports, generating $200 billion a year to help defeat the radicals and initiate a new counter-revolutionary reform movement in the Middle East.

5. In terms of destroying radical Islam and preventing a nuclear and/or biological doomsday here at home, nothing is more imperative than knocking out Iran’s and North Korea’s nuclear capabilities, securing Pakistan’s nukes and forcing regime change in Iran.

Let us be thoroughly mindful that time is fast working against us, for very soon we will no longer have the relative freedom of action to cripple Iran and North Korea without the risk of catastrophic nuclear consequences that could threaten our own survival.

Our failure to urgently rid ourselves of this looming apocalyptic doomsday nightmare can only be characterized as the most irresponsible, reckless, foolhardy and incredibly naïve surrender of human will in recorded history. It reflects a total misunderstanding of the fanatical zeal and evil intentions of those who are unalterably dedicated to our early demise, no matter how horrific the price they must pay.

The practical consequences of what President Obama is doing to undermine our national security is completely unacceptable and un-American. Absolutely no risk or temporary instability we may face by destroying Iran’s nuclear facilities can even begin to justify our allowing the most dangerous, Hitler-like maniacal killers of all time – who are messianically hell-bent on a “world without America,” to control our own destiny and our very survival as well as the fate of western civilization. Indeed, it is sheer madness.

If we citizens don’t very soon wake up and demand our incredibly blind, misguided and inept leadership decisively acts to rescue our nation from the abyss, nothing else we do will matter. America, the doomsday clock is ticking.