Yes, Mr. President, You Must Enforce the Laws You Don’t Like

Rob Natelson
|
Posted: Dec 30, 2016 12:01 AM
Share   Tweet
The opinions expressed by columnists are their own and do not necessarily represent the views of Townhall.com. 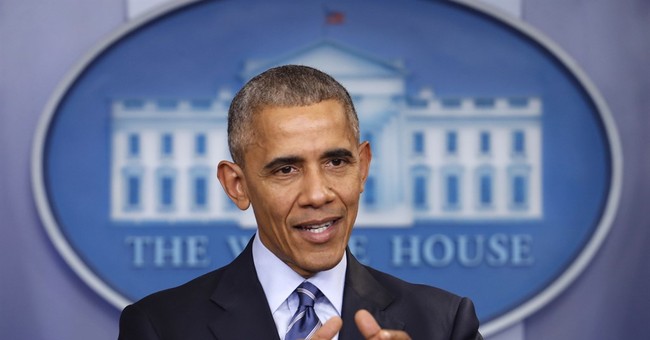 Trending
Must the president enforce all laws, even those he disapproves of?

The answer to this question can be found in the Constitution’s phrase that the president “take Care that the Laws be faithfully executed.” (Article II, Section 3).

Very little of the Constitution’s wording was entirely original with the framers. Most was borrowed and adapted from other sources, including the phrase “take Care.”

Before 1776, the British Crown, acting through the Privy Council or board of trade, appointed the governors for most of the American colonies. Every new governor received two crucial documents. The first was his commission. The second contained his instructions.

The commission announced the appointment and then granted the governor certain listed (“enumerated”) powers. The instructions regulated how the governor was to use those powers. As the word “instructions” suggests, they were mandates, not choices. The mandates very often were in the form of directing the governor to “take care” that he perform, or not perform, particular acts.

Illustrative were instructions issued to Gov. Dunmore of Virginia in 1771. They consisted of 92 paragraphs of directions. They used the phrase “take care” at least a dozen times, and they employed variations on the phrase at least 14 times. For example, Paragraph 56 stated, in part: “And you shall likewise take care that a general survey be made of all our said colony, and of each county, with the several plantations [i.e., settlements] and fortifications in it; and that an exact map or maps thereof be transmitted to us by one of our principal secretaries of state.”

Obviously, this was an order, not an option.

Article II of the Constitution deals with the executive branch, including the president. Much of Article II’s language is traceable to royal governors’ commissions and instructions. Like the commissions, it lists enumerated powers, such as the president’s “Power, by and with the Advice and Consent of the Senate, to make Treaties.” Like the instructions, Article II also imposes mandates. Among these is the direction that the president “take Care that the Laws be faithfully executed.”

As this historical background shows, the Constitution’s “take Care” language also is an order, not an option.

Further light on the question comes from one of the greatest events in Anglo-American constitutional history. When King James II refused to enforce duly-enacted laws of which he disapproved—“dispensing with” them—his countrymen stripped him of his throne, exiled him from the country, and issued the English Bill of Rights (1689). The English Bill of Rights clarified that the king was obligated to enforce all the laws, whether he liked them or not.

This event is known to history as the Glorious Revolution, and it was an event of which the American founders were highly aware and heartily approved.

Recall that when President Barack Obama announced that he would refuse to enforce—or would under-enforce—laws of which he disapproved, some claimed that allowing him to act that way would make him a king rather than a president. History shows this claim was actually understated: The English did not tolerate such behavior, even from their kings.

If the president presumes to pick and choose which laws he wants to enforce, he is not acting like a proper English king; he is acting more like a third-world dictator.