Rob Jenkins
|
Posted: Jan 14, 2021 12:01 AM
Share   Tweet
The opinions expressed by columnists are their own and do not necessarily represent the views of Townhall.com. 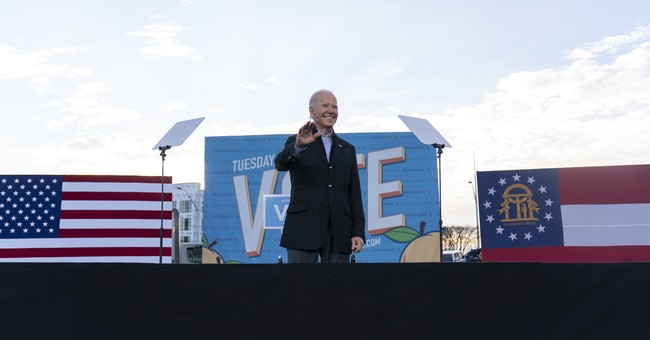 Leftists love to throw around the word “fascist,” although half the time they don’t appear to even know what it means. Usually, it’s just a way of insulting someone unenlightened enough to disagree with them. At best, they’re calling the person a big meanie, an authoritarian. But that’s not exactly (or at least not entirely) what a “fascist” is.

Perhaps, for our leftist friends, a brief primer is in order.

Fascism is a political and economic system that arose in Europe following World War I. It has three primary characteristics: extreme nationalism, authoritarianism, and a state-run economy. Indeed, in terms of economics, fascism is very much an ideology of the left, not the right, having more in common with socialism than with any conservative, free-market system. Remember, “Nazi” was short for “National Socialists.” No less an expert than Benito Mussolini called fascism “the third way,” meaning another statist alternative to socialism and communism.

The difference is that, instead of actually owning the means of production, the fascist state allows them to remain nominally in the hands of private citizens and then dictates to those business “owners” what they may and may not do. In that way, the state essentially determines economic winners and losers, depending on which industries and individuals it favors.

As a practical matter, I think we could fairly refer to any person or system that meets two of the three criteria as “fascist.” That’s why the left continues to insist that Donald Trump is a fascist—because they see him as both nationalistic and authoritarian. But Trump is not an extreme nationalist, as his dealings with other nations—including “win-win” trade agreements with Canada, Mexico, Japan, and others as well as his efforts to promote Middle East peace—have made clear. As for his much-publicized (and criticized) “America First” agenda, well—for the president of a country to put the interests of his own citizens ahead of those of other countries should hardly be viewed as controversial, much less extreme.

Nor is Trump an authoritarian, despite the left’s attempts to brand him as a “dictator.” What, exactly, has he dictated? What has he forced American citizens to do against their will? What constitutionally guaranteed rights has he stripped from us? Indeed, in our system, the only way a president can “dictate” is via executive order, and in that respect, Trump’s presidency has been unremarkable. Among one-term presidents, he has issued fewer EOs than Democrats John F. Kennedy, Lyndon B. Johnson, and Jimmy Carter. He has averaged fewer per year than multi-termers Harry S. Truman or Franklin Delano Roosevelt. In his four years, he issued about the same number (204) as Bill Clinton did in his first term (200).

Moreover, when his executive orders were overturned by the federal courts—as was the case with some of his orders on immigration, early in his presidency—Trump grudgingly acquiesced. He allowed the system to work as it was intended, however much he might have hated doing so. Some authoritarian.

And of course, Trump is obviously no statist. He is a free-marketer all the way, a capitalist par excellence who rose to power on a promise to cut regulations, which he did. So at most, he meets only one of the three criteria for classification as a fascist—nationalism—and even that one, I believe, is a bit of a stretch. (Keep in mind, too, that the most authoritarian AND nationalistic regimes on the planet are communists, not fascists—although I think a good argument could be made that China today, with its selective “capitalism,” is actually closer to Hitlerian fascism than Leninism or Maoism.)

In their embrace of the “Green New Deal,” their Faustian bargain with Big Tech, and their anticipated draconian COVID policy (which I plan to talk about more in a subsequent column), the Bidenites (or should I say “Harrissians”?) are salivating over what they see as their golden opportunity to choose economic winners and losers—the winners, of course, being those businesses and business persons that most closely align with their left-wing ideology.

They might be globalists rather than nationalists, but they certainly meet the other two criteria. So who, exactly, are the real fascists here?