The Cost of Cap and Trade 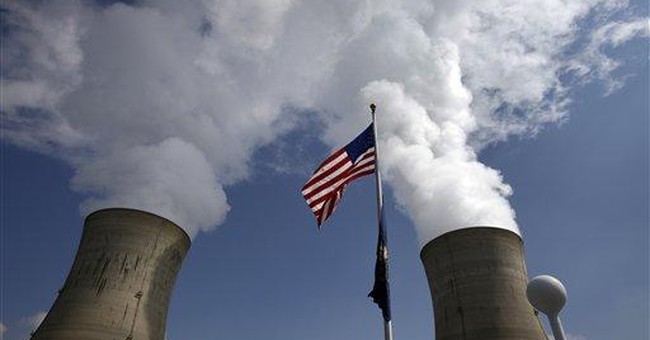 Recently Congress took a break from nationalizing corporations and discussed the Waxman-Markey “cap and trade” bill in which the federal government would auction off permits to businesses giving them legal permission to emit carbon dioxide.  During the four days of hearings, one of the most contentious issues was how much the plan would cost.  Some (Republican) opponents cited an MIT study and announced that the average household would pay $3,100 in higher prices because of the program.

To the delight of liberals such as Keith Olbermann, the MIT professor denounced this interpretation as being “wrong in so many ways it’s hard to begin.”  The professor went on to say that households would only pay only $800 per year because of cap and trade, which was certainly much less than the $3,100 figure.  Yet a closer analysis of the professor’s clarification shows that this isn’t a quibble over arithmetic.  His figure of $800 refers to a very subtle economic concept, and is not what most voters probably have in mind when they ask, “How will a cap and trade program affect my family budget?”

Let’s start with the way Republicans came up with the $3,100 figure.  They relied on the MIT study which said that a generic cap and trade program (not the specific Waxman-Markey proposal) would raise an average of $366 billion per year in auction revenues for the federal government over the period 2015 to 2050.

Under a cap and trade scheme, the government sets an absolute cap on how much carbon dioxide industries can emit in the United States, and it enforces this cap by selling a limited number of allowances.  All of the operations (utilities, factories, etc.) covered by the law must turn in the appropriate number of allowances based on how much carbon dioxide they release into the atmosphere each year.  The government gets its revenues from auctioning off these allowances to the highest bidder.  (The “trade” occurs because the allowances can be bought and sold in the market based on the needs of particular firms.)

Naturally, if businesses have a huge new cost imposed on them—they now need to spend $366 billion per year buying emission allowances from Washington—they will ultimately pass this cost onto their customers in the form of higher prices.  To get a ballpark figure of what this would mean, the Republican critics of the plan took the MIT study’s estimate of $366 billion in annual auction revenues, divided by 117 million U.S. households, and came up with the estimate of $3,100 per household in higher prices because of cap and trade.

What is crucial is that the MIT author, John Reilly, did not dispute this calculation, nor did he dispute that households would in fact pay the $366 billion in new federal revenues through higher prices.  Instead, Reilly simply argued that these higher prices weren’t net costs to households.  For Reilly, even if not one thin dime of the auction revenues were returned to taxpayers in the form of rebate checks (or other tax breaks), the $3,100 should not be construed as a cost to households.  In his own words:

It is not really a matter of returning it or not, no matter what happens this revenue gets recycled into the economy some way. In that regard, whether the money is specifically returned to households with a check that says "your share of [greenhouse gas] auction revenue", used to cut someone's taxes, used to pay for some government services that provide benefit to the public, or simply used to offset the deficit […] is largely irrelevant in the calculation of the "average" household. Each of those ways of using the revenue has different implications for specific households but the "average" affect is still the same. [...] The only way that money does not get recycled to the "average" household is if it is spent on something that provides no useful service for anyone--that it is true government waste.

To repeat, the MIT professor agrees that households will pay $3,100 per year in higher prices, in order for businesses to buy the carbon allowances auctioned off by the government.  But in his mind, whether that $3,100 is spent by the people who earned the money in the first place or whether it’s spent by politicians is irrelevant; what the households lose in the form of higher energy prices, they gain in the form of bigger government spending.  Talk about buyer beware!

In case the reader is curious, let’s address one loose thread.  If the professor throws out the $3,100 figure because those auction revenues get “recycled” back into the economy through government spending, then where does his own figure of $800 per household come from?

The answer has to do with what economists call “deadweight loss,” which refers to the reduction in total economic activity because people respond to the incentives of a new tax (or cap and trade program).  Besides the simple transfer of $366 billion per year from households to Washington, a cap and trade program necessarily reduces GDP because it imposes an additional constraint on businesses.  Right now they can emit as much carbon dioxide as they want, but under cap and trade there would be a limit that declines over time.

Precisely because the scheme would force businesses to switch to less carbon-intensive operations, total output of goods and services will be lower than it otherwise would have been.  This is the annual $800 per household cost to which Reilly refers.  It is above and beyond the $3,100 in higher prices to fund the auction purchases.

If proponents of cap and trade want to argue that it is necessary to avert global catastrophe, so be it.  But they should be candid with the American people about how costly their scheme will be.