A Spoof that Tells a Deeper Story

Robert Knight
|
Posted: Jan 22, 2019 12:01 AM
Share   Tweet
The opinions expressed by columnists are their own and do not necessarily represent the views of Townhall.com. 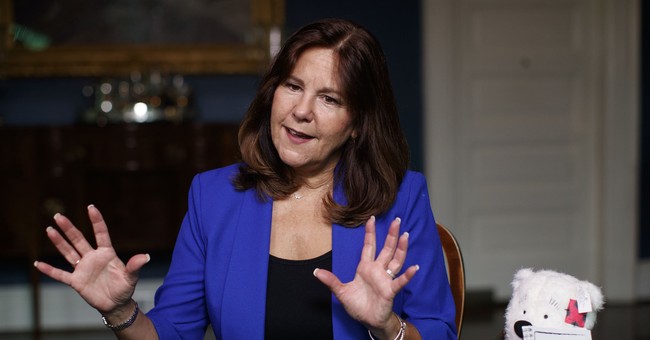 Some years ago, a fake edition of the tabloid National Enquirer hit the streets. The problem was that it’s nearly impossible to satirize something already over the top.  It wasn’t funny.

The same thing occurred this past Wednesday in Washington, where a leftist team distributed a reported 30,000 copies of a faux edition of the Washington Post.

The festivities would be those erupting in newsrooms, which have abandoned any pretense of fairness. They shamelessly tried to destroy Donald Trump before he took office and are still at it.

On CNN, panel after panel of “experts” denounce anything Mr. Trump does while a headline such as “Trump Refuses Compromise” dominates the lower screen. Conversely, Democrats are cast as angels.

After she foolishly submitted to a DNA test that conclusively proved that Sen. Elizabeth Warren, Massachusetts Democrat, had lied about being a “Native American,” CNN’s headline touted that the test showed “evidence” of her “Native American heritage.”  It was the polar opposite of what actually occurred.

In print and online, it’s a race between the New York Times and the Washington Post as to which is more rabidly anti-Trump, anti-conservative, anti-Republican and, sad to say, anti-Christian.

Living in the D.C. area and having to read the Post every day (with the Washington Times as the antidote), I can’t imagine the New York crew topping the Post for news fakery.

It’s so bad that the Media Research Center, which reported the fake Post edition, ran a tongue-in-cheek piece the next day on its Newsbusters.org blog proclaiming that “a second fake news edition of the Post is being distributed all over the city.”

It was the actual Post, with Newsbusters citing some “unbelievably overdone headlines,” such as “Ocasio-Cortez tweets her disdain for persistent conservative criticism,” “Lifting student aid ban for inmates could boost economies, study says,” and so on.

Actually, these were mild compared to the flood of bias the Post emits every single day in all sections, including Sports.  Inside the same edition, the Style section featured a four-column photo of Vice President Mike Pence’s wife Karen looking prim and grim over a headline: “The covenants at Karen Pence’s school.” The caption read: “Karen Pence has taken a job at a school that prohibits extramarital sex, homosexual sex, and transgender identity.”

Oh, the horror.  Mrs. Pence will be teaching art part-time at a K-8 school in Springfield, Virginia affiliated with Immanuel Christian Church, a straightforward Bible church that’s basically Baptist.  She taught there for 12 years while Mr. Pence was an Indiana congressman.

To the Post, this smells like a scandal.  So, they went, National Geographic-like, to experts on the exotic, such as George Washington University Professor of Law and Religion Robert W. Tuttle.  He told them that the school’s language on sexuality was, as the Post paraphrased it, “typical of conservative Christian institutions” which was “well within her rights.”

It’s good to know that the Second Lady of the United States can teach at a Christian school without being thrown into the slammer – not yet, at least.  The Post helpfully adds that “the Pences have long been known for their religiously influenced brand of conservatism.”

I wonder what would happen if they ever wrote something like this: “The Kennedys have long been known for their extramarital adventures and support for abortion and LGBT activism, which seem to contradict their stated Catholic faith.”

One more thing the spoofers did was to mess with the front-page slogan that Post owner Jeffrey Bezos placed under the banner after he took over the paper in 2013: “Democracy Dies in Darkness.”  They made it: “Democracy Awakens in Action.”  Yawn.

From years of miseducation and nonstop media adoration of progressivism, it’s no wonder that millions of young people disdain the very economic freedoms that produced indoor plumbing, electricity, unprecedented material wellbeing, automobiles, smartphones, and modern dentistry. Not to mention baseball, football, basketball, the rule of law and the freedoms of religion, speech, press, and assembly.

Who needs all that as long as socialism promises “equality” and “fairness?” Communism? What’s the big deal?

If the Post really wants to defeat darkness, they can return to the old standard of fair and balanced reporting. Why not? It’s already being done elsewhere.