Robert Knight
|
Posted: Aug 08, 2017 12:01 AM
Share   Tweet
The opinions expressed by columnists are their own and do not necessarily represent the views of Townhall.com. 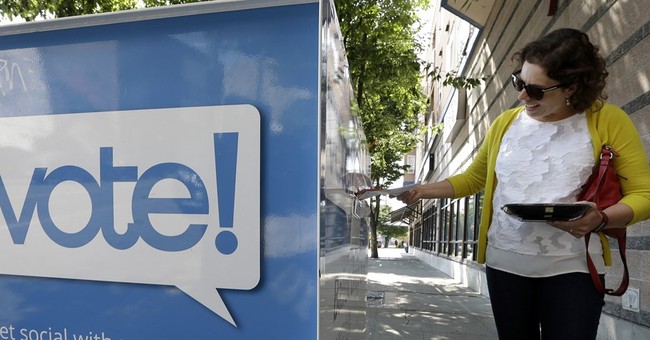 While Bill Clinton may still be pondering the meaning of the word “is,” a federal court in Miami is trying to define what the word “reasonable” means.

The ruling in this historic case could well determine how secure elections are all over the United States for years to come.

At issue in the American Civil Rights Union’s lawsuit against Broward County, Florida, whose weeklong trial ended last Wednesday, is what constitutes “reasonable” measures that must be taken to ensure accurate and up-to-date voter lists.

Clean voter rolls make for honest elections. Any name on a voter registration list can be voted – either legally by the individual or illegally by someone else. Voter rolls are generally free to anyone who wants them, so with a bit of researching public documents, they provide a virtual roadmap to vote fraudsters.

When the National Voter Registration Act (NVRA), better known as Motor Voter, was enacted in 1993, it had two major parts. The first, pushed by Democrats, allowed for easy registration at various government agencies, such as the DMV and welfare offices. The second part, promoted by Republicans, required states and localities to use “reasonable” methods to ensure that only qualified voters are registered. But in the past 24 years, no court has ever ruled on what is “reasonable,” and recent studies show that many jurisdictions are ignoring the requirement.

Beginning in 2013, the ACRU has been the only private party to successfully sue counties under the NVRA’s Section 8 and secure consent agreements requiring election officials to clean up voter rolls.

The ACRU sued Broward because the county not only has 103 percent of its voting age-eligible population registered, but because county officials were not following nationally utilized best practices to correct the matter.  As revealed in testimony, Broward officials, aided by a dozen lawyers from George Soros-funded leftist groups such as the SEIU, Demos, and the former Project Vote, continue to insist that it’s “reasonable” to do minimal maintenance and ignore a toolbox of options offered by the state and federal government to keep voter rolls clean.

This all came out over the past week at the trial, in which the ACRU’s expert witnesses – former Colorado Secretary of State Scott Gessler and Center for Immigration Studies Director of Research Steven Camarota – revealed shocking evidence of either apparent official malfeasance or incompetence. The legal team was led by J. Christian Adams, former Department of Justice Voting Section attorney and president of the Public Interest Legal Foundation (PILF).

--More than 3,000 registered voters at least 100 years old including 48 who were older than the oldest living American (who is 113 years old) and a few who topped 130 years old;

--1,200 voters whose registrations were accepted even though they used invalid commercial addresses (such as UPS Stores) as their residences contrary to Florida law;

Another telling moment occurred when Broward elections supervisor Brenda Snipes, the chief defendant, admitted that she had ordered some changes to ferret out bad registrations only after the ACRU had filed its lawsuit.

The county’s attorney insisted that this was not “an admission of guilt,” but it certainly lent credence to the ACRU’s charge that Ms. Snipes was not doing enough to ensure accurate voter rolls prior to the complaint.

Broward officials were also lambasted by U.S. District Judge Beth Bloom, an Obama appointee, for rejecting requests from the ACRU legal team to see a county manual on how to manage voter rolls. The manual, which the officials denied existed, suddenly turned up during the trial. Oops.

Several Broward residents testified that they had done their own research using publicly available records such as Social Security death index files and obituaries, and informed election officials of names of the deceased who should be removed. But the elections officials told them that they could not do anything without a formal death certificate, which might or might not be forthcoming.

Other intriguing findings emerged from a study of data released by the Florida Secretary of State in May 2016.

A total of 862 registered voters were 105 years old or older, with 48 percent officially listed as “active voters.”

Although the state allows 17-year-olds to pre-register if they will turn 18 by Election Day, an eight-year-old minor was on the rolls in Broward who would clearly be ineligible for the 2016 election.

Thousands of cases of “duplicate registrations” were uncovered, with people having the same birthdate and home address registered twice, for instance, by using a middle initial in one but not the other.

Judge Bloom gave the parties until Sept. 15 to submit proposed findings of fact and conclusions of law that she will use to make her ruling.

Regardless of the outcome, given the sweeping national implications for keeping elections honest next year, the ruling will be appealed to the 11th Circuit, and perhaps all the way to the Supreme Court.